The founders of Yorkshire-based Otterbeck Distillery have announced a partnership with family friend Captain Sir Tom Moore to launch a new gin – proceeds from which will be donated to the The Captain Tom Foundation.

The former British Army officer, who was recently recognised as Inspiration of the year at the GQ Man of the Year awards, raised £32.79m for charity during the Covid-19 pandemic by walking laps of his garden before his 100th​birthday.

He met twelve-time motorcycle trials world champion, and co-owner of Otterbeck Distillery, Dougie Lampkin, while making the ITV film, A Day in the life of Captain Tom​.

Nicola Lampkin, co-founder of Otterbeck Distillery said: “It is an amazing privilege to be working with Captain Sir Tom and his foundation which supports some incredible charities.

“We’re delighted to be able to do our bit to help support such worthwhile causes. Captain Sir Tom has captured the imagination of the world and we’re proud to have distilled a very special gin with a very special man.”

“We feel an electric connection to Yorkshire so working with a gin based here is so special to us as we continue to build our family legacy and celebrate our heritage.”

Released on 23 November, FlaGINgo Gemma Collins is a kiwi and lime premium pour featuring juniper, a hint of forest fruits and glitter.

“I’m so happy to have teamed up with the wonderful Zymurgorium wizards to create my first ever gin liqueur – we’re talking a bold and sparkly drink worthy of any diva,” Collins said.

“I really liked the fact they are a family run business and were able to capture my vision and run with it, FlaGINgo Gemma Collins is a true representation of me, the GC and staying true to my fabulous self.”

Aaron Darke, owner and founder of Zymurgorium added: “Gemma was a great fit for the FlaGINgo  brand because she stands out from the crowd and makes every moment epic.

“Like us, she likes to do things differently – that’s what makes her so wonderful,” Drake added. “We’re really pleased to have teamed up with her on this new gin liqueur and to have created a product that will really stand out on the shelves.”

Edinburgh-based alcohol-free brewer Days has launched its debut 0% portfolio in the UK comprising a lager and a pale ale crafted using vegan ingredients and with 50% fewer calories than a full strength beer.

Days lager uses Hallertau hops to create floral and citrus notes, while a blend of CTZ, Magnum and Herkules hops provide the Days Pale Ale with tropical overtones and a grapefruit finish.

Days co-founder, Duncan Keith, who previously spent over a decade building celebrated challenger brands at Proper and Genius Gluten Free, said: “For us, great beer isn’t just about the taste, it’s also about the experiences associated with it – from socialising, to celebrating or kicking back after a productive day.

“We realised that alcohol didn’t necessarily have to play a part in those moments, and that a great tasting and sessionable 0.0% option would allow people to enjoy beer more often and in a greater range of situations.”

Fellow co-founder, Mike Gammell, who left ABInBev to launch the business, added: “There are many people out there who are aspiring to live healthier, happier and more active lives.

“We believe it’s time to open up an honest conversation about alcohol and its role in our physical and mental wellbeing, and we want every Days sold to have a positive impact for our community.”

The agreement means that Molson Coor’s beer and cider brands – including Pravha, Madri Excepcional, Staropramen, Blue Moon, Aspall Cyder & Rekorderlig – will be sold in all 12 of True North’s venues across Sheffield, Barnsley and Derbyshire.

The agreement also follows the recent success of a brewing deal between the two companies, which began in April and enabled True North to revive Stones Cask Bitter – the UK’s best-selling bitter in the 60s and 70s – marking the first time in more than 30 years that the beer had been brewed in its original home of Sheffield.

“True North operates some of the most exciting venues in the north of England and we’re building a really important relationship with them,” Ross Percy, regional on-trade director for Molson Coors, said.

“The success we’ve had with the relaunch of Stones Cask Bitter makes extending our partnership a natural step forward for both parties.

“Once reopened after the lockdown, True North will offer its customers an unbeatable combination of some of the nation’s best-loved beer and cider brands and its own selection of fantastic locally produced beers and spirits.”

“Through their dynamic brands, we believe that Molson Coors are the ideal partner to assist us in continuing to offer a great variety of beer and cider in all of our venues.”

Founder Alistair Frost said: “We are so excited to release this new flavour which we have been developing over the last few months. We have only produced a limited number of bottles, so once they’re gone, they’re gone.

“It started out as an idea, an experiment, and something we discovered to be simply delicious. It’s bright, zesty and verdant, and pairs wonderfully with a light tonic.

“For a more sophisticated and refreshing drink, our perfect serve is Pentire Seaward with soda and a pink grapefruit slice to garnish.”

“Our spirits are not about cutting alcohol out of your life; they’re about trying something new and making healthier lifestyle choices,” Frost continued.

“The range of botanicals we use in our distillation process contains a lot of nutritional qualities. Grapefruit in particular is rich in vitamin C and was eaten by sailors for generations to help their immune systems stay strong and healthy.”

Thompson, a director at the Gosport brewery, played rugby union for Northampton Saints and is one of England’s most capped players – featuring in their World Cup winning campaign in 2003 – and also represented the British and Irish Lions.

The trio of new spirits comprises Dandy Smoke, reminiscent of mezcal or a peaty whisky, Fresh Citrus, Crossip’s take on a fruit punch and Pure Hibiscus, the non-alcoholic alternative to the classic Italian bitter.

“Launching Crossip has marked a life-long ambition of mine to create a quality, great tasting non-alcoholic spirit that I can enjoy whilst socialising with friends and family in a healthy way,” Brown explained. “I’ve been perfecting the recipe for five years now and thrilled to now launch the product to market.”

“We are also proud to state that we are the official alcohol-free drink of Dry January. We know that January is a hard month to give up the booze, but we want to inspire people to think positively about their change of lifestyle and enjoy their social life with no sacrifices.”

“The festive season is upon us and we wanted to get in on the Christmas fun and experiment with new flavours,” Lucy McAvoy, sales and marketing director of Sis4ers Distillery said.

“We hope our very own taste of Christmas will encourage people to shop craft gin this holidays and support small businesses. Our Spiced Apple is irresistibly delicious and will get you into the spirit on things in the run up to Christmas.”

“Sometimes just one cask in a blend of many can provide the touch of magic that allows the whole arrangement to sing,” Compass Box founder and whisky maker John Glaser said of the new pour.

“We first took advantage of this phenomenon in 2006 when an experimental whisky, finished in an ex-Madeira barrique, led to the limited edition bottling we called Magic Cask.

“In 2021, we’re delighted to be able to share with you again the magical influence one exceptional cask – a Sherry-seasoned cask in this case – can have on a recipe.”

Whisky maker James Saxon added: “We have had samples of whisky from the lost Imperial Distillery in our blending room for some time.

“Aged in first fill Bourbon barrels, the spirit is brimming with fruit and vanilla notes and exhibits a lovely tongue-clinging texture. However, finding the right project and accompaniments to this parcel of single malt proved a challenge.

“Then, last year, we discovered cask #2 amongst samples drawn from our 2016 Sherry cask maturation experiment.

“Full to the brim with cherry fruit and cedar spice character, it was a remarkably precocious whisky.

“When combined with the parcel from the lost distillery, it created an exceptionally rich and layered blended malt Scotch whisky.” 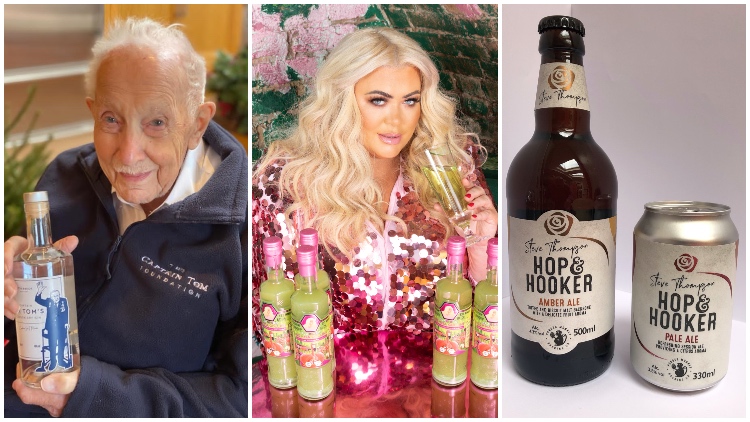