Has Covid-19 shaken-up low and no alcohol pub drinks?

The 2020 release is the fourth single malt whisky by Eden Mill in three years since the launch of the first pour in 2017.

The whisky incorporates bourbon, Pedro Ximenez and Oloroso barrels as well as spirit distilled using pale, chocolate, brown and crystal malt barley. This expression is created to be reminiscent of light vanilla, toasted cinnamon and lead into a spiced fruit finish.

“The liquid we have crafted pushes the boundaries of our previous whisky expressions,” Scott Ferguson, Eden Mill’s head distiller said.

“This small batch of Eden Mill single malt showcases the evolution of cask and spirit, bringing you light vanilla and toasted cinnamon from bourbon barrels, combined with the rich fruit and subtle spice from our distinctive range of sherry casks, leading to a creamy biscuity finish.”

Paul Miller, co-founder of Eden Mill added: “We anticipate the new year with excitement and hope as we look forward to the relief a vaccine will bring and also the completion of our new carbon neutral single malt distillery in St Andrews, which will be the first of its kind in Scotland and a significant step in our Eden Mill journey.”

Two new award-winning 40% ABV rums – distilled and bottled in Mauritius – have arrived in the UK.

“We’ve used the island’s finest sugar cane to produce our own unique blend before naturally infusing the rums with coconut and vanilla,” he said of the new launches.

“By combining column and pot stills in the distillation process we’ve made a true traditional rum with a modern twist. Both rums are incredibly versatile and can be enjoyed neat, short or long and bring a tropical vibe to any drink and occasion.”

“Mauritius is a once in lifetime destination and with beach holidays a distant memory for so many of us, people are looking for a touch of paradise from the comfort of their own homes.

“Beach Bum Rum can bring a little ray of sunshine to UK shores as the nights begin to draw in.”

Charity drinks brand Hospitality Gin, which donates 100% of the profits from its original Charity Dry Gin to the UK hospitality industry, has unveiled a Pineapple + Pepper pour, the first in its Bartender Series featuring unconventional flavour combinations.

The new serve makes use of freeze-dried pineapple, green bell pepper and pink peppercorn, alongside other botanicals including juniper, lemon thyme, orange blossom and orange peel.

Sheffield-based industry veteran Tom Lord had the idea to create the not-for-profit spirit brand, with proceeds from its Charity Dry Gin going to The Drinks Trust and Hospitality Action and plans to start a dedicated Hospitality Gin fund.

The brand has since sold hundreds of bottles and expects to raise at least £10,000 per year.

Made in the UK from natural ingredients, triple distilled vodka and Cotswolds spring water, High Water has launched in a trio of flavours – Lemon & Elderflower, Cucumber & Mint and Mango and Peach.

High Water’s new serves are low in sugar and boast fewer than 100 calories per can, while 1% of all profits will also be donated to Just One Ocean, a UK registered marine conservation charity with a mission to protect the ocean.

Founder of High Water, Nick Britton – previously a head of innovation at Diageo – said: “I have seen the incredible success of Hard Seltzers in the US, driven by the same trends we see in the UK, yet when I tried a number of the existing brands I didn’t find one that was perfect for me.

“I therefore set out on a quest to make a product of the highest standard that was delicious, under 100 calories, low in sugar and with all-natural ingredients”.

“When you are living your best life, being with friends – whether that has to be virtually or ideally soon in person – or perhaps picturing yourself at the water’s edge, enjoy a High Water with the peace of mind that it contains no artificial ingredients and that a portion of the profit is donated to looking after the oceans we love.”

Dartmoor Whisky’s new Ex-Sherry Cask Single Malt has been distilled at the gateway to Dartmoor and aged in a single Oloroso Sherry cask as the final instalment in a new line-up of original expressions from Devon’s first ever whisky distillery.

Firmly rooted in the moors that give it its name, all of the new pour’s ingredients are sourced from the moorlands, which are then brought together in Dartmoor Whisky Distillery’s refurbished Alembic Cognac still.

Salford-based brewer Seven Bro7hers has launched the second in its limited-edition Lockdown 2.0. series, Salty Tiers – a 4.5% ABV blackberry and cherry sour with a touch of Himalayan sea salt

CEO Keith McAvoy from Seven Bro7hers Brewing Co said: “While our beer houses and taproom have been closed in lockdown – and remain temporarily closed in tier three – we have used the time to get experimental in the brewery. And you can’t get more adventurous than our first pink pint!

“Salty Tiers is a really exciting brew for us as it’s our first gose beer and unlike any of our other beers… we can’t wait for people to try it.

“It is a time of great uncertainty in our city and community while we wait for restrictions to be eased. As we launch this new beer and head into Christmas, we urge people to shop local and support hospitality where you can.”

Independent small batch craft distillery 1000 Trades Distillery has recently launched with a new signature gin and vodka both made from start to finish in Birmingham.

A sloe gin has also just been released in time for the festive season with a spiced rum following shortly and a number of new brands and collaborations earmarked for 2021.

Founder Phil Warren said: “2020 has been a hugely successful year for us, we are really proud and delighted to have achieved so many things in such a short period of time. Launching in a global pandemic has not been without its challenges.

“We have had to adapt how we run the distillery due to the effect’s lockdown restrictions have caused.

“We created zesty and spicy gin to reflect the diversity of Birmingham. We wanted the label to sing Birmingham, too.  It’s the ‘spirit of our city’ in both name and inspiration”.

“It is important to us to grow roots in our local community and give the trade and consumers of our area a brand and drinks they can relate to.  As we expand, we will also be creating jobs in the local community for 2021 and beyond.”

The Coca-Cola Company has announced that Topo Chico Hard Seltzer has reached the UK – marking the brand’s first move into the alcohol market in Europe. 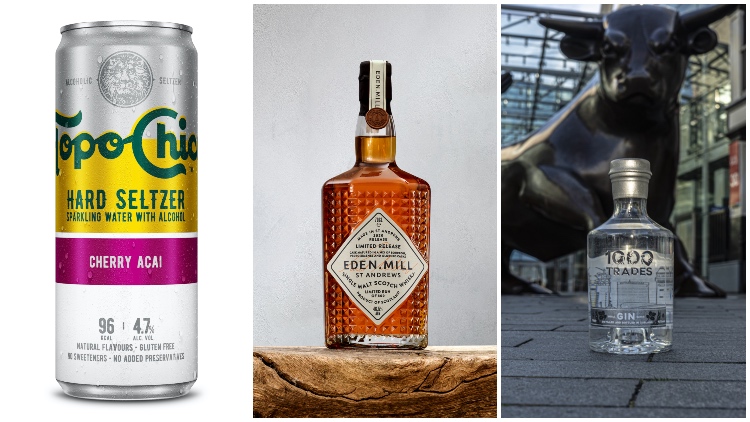 Pandemic was bad but it could have been ‘so much worse’