What does 11pm curfew mean for pubs?

Prime Minister Boris Johnson announced this afternoon​ (Monday 23 November) the 10pm curfew will be replaced with a rule of last orders at 10pm and all customers off the premises by 11pm.

The sector had been pushing the Government to #CancelTheCurfew​ and called for more evidence to justify the move. Operators also criticised the policy for resulting in crowded city centres and “bottlenecks” when everyone left at the same time.

Although a later cut-off was helpful, pubs will still suffer under the weight of further restrictions, licensees have said.

Running out of faith

Martin Barnes runs two pubs in Cheshire and told The Morning Advertiser (MA)​ the change would “make a little bit of a difference” and may encourage late-night drinkers out once more.

“It all depends on which tier you’re in,” he added. “In tier one, you have a chance of doing a bit better as a pub.

“Is it a token gesture? I think we’re being polite if we call it that.”

He added: “I saw the news [speculation of new tier system] last night and I was just angry for the trade.

“None of it makes sense – the way everything else can open up. It is fantastic news for gyms and salons but why again is it hospitality that is restricted with no evidence? I don’t understand and I’m running out of faith.”

Households being allowed to mix was what made business viable, Barnes explained.

When national lockdown measures expire on 2 December, pubs in tier three will not be allowed to open unless for takeaway and those in tier two must serve “substantial meals”. ​

The Government will outline which areas will be placed in which tiers later this week (Thursday 26 November).

UKHospitality chief executive Kate Nicholls said: “Adding a degree of flexibility to the mandatory curfew will help with dispersal of customers, but it doesn’t change the fact businesses won’t be able generate revenues after 10pm.

“The big stumbling block for businesses is the lack of household mixing.”

Managing director of the Bath Pub Company, Joe Cussens said the extension was “very good news” but any impact depended on the other rules imposed.

He explained: “It would allow us to take a table booking for food as late as 9pm, something the current 10pm curfew would make impractical. Arriving at 9pm for a reservation gives you two hours to enjoy a meal, pay and exit, which is plenty of time. This should make a very positive impact on sales.

“Having said that, I should qualify that depending on what the revised (presumably strengthened) tier rules are, that advantage could be wiped out.”

Chief executive of the British Beer & Pub Association, Emma McClarkin, said the additional measures would destroy the sector if they went ahead as proposed.

“While the review of curfew is overdue the relaxation of the 10pm curfew is meaningless if most pubs are rendered unviable or forced to close under tiers two and three,” she said.

Essex multiple-operator Adam Brooks told The MA​: “My wet-led pub was hurt terribly by the original curfew, I used to have customers using the pub before going restaurants and then after, so I lost all of them.

“All this new curfew gets us is another 20 mins serving time, as we were calling last orders at 9.40pm to get them out by 10pm. Two downsides are an extra hour staffing costs for 20 mins extra trade and also the risk of mass binge ordering at new 10pm last orders. The latter could cause issues and conflict with staff, could also lead to bad behaviour upon leaving pubs up and down the country.”

On the curfew extension, he said: “It is a concession to distract from what we believe to be the real threat – reducing the number of households allowed to meet up.

“It is the right move by Government. We have been calling for it from the initial announcements. It was a ridiculous, ill-thought through approach led by inexperience in the field and [we] welcome it to go. But we are being left with incredibly tough trading models, especially in London.”

His Euston-based site, the Somers Town Coffee House, was “heavily reliant on passing trade and customers” and so had been struggling to gain momentum since reopening in July, Foster said. “The curfew certainly had an impact on our rebuilding affecting our takings by 40%.”

It was a similar picture for his other London-sites, the Victoria and Gorringe.

“They were heavily impacted, with the 10pm curfew knocking 30% off their trading. Having the 11pm will be welcomed, but not if that is at the cost of the [socialising between households ban], which we experienced when London moved into tier two. Tier two took another 30% off our trade so we were back down to 50% trade having rebuilt through September.” 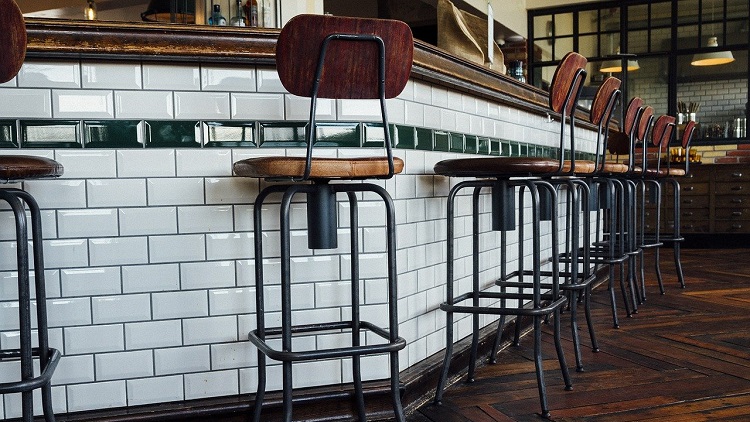