The Foodies’ Favourite Award is now open for votes through the link below, with Top 50 Gastropubs welcoming every food-focused pub to encourage their customers to vote for them.

Each year Top 50 Gastropubs welcomes entries to two awards – Newcomer of the Year and Front of House Team of the Year​. In addition, we’re now asking the public to let us know which venue should be commended for their food.

The award winner will be decided following two rounds of voting. First, we’re asking consumers across the country to tell us which pubs they think deserve the award. We will then form a shortlist of the most popular pubs and then ask the public to vote for the winner.

Top 50 Gastropubs editor Nicholas Robinson said: “We always want to shine a light on as many gastropubs in the UK as possible and this is another way we can do that.

“Along with the Foodies’ Favourite Award this year, we’re also going to be releasing the 51 to 100 Top 50 Gastropubs list in a bid to expose more pubs to the millions of consumers who use our website and social media.

“This really is an exciting new award which we hope will showcase more of the amazing businesses in this very special community.”

Entries to the Newcomer and Front of House Team of the Year Awards are open until Friday 27 November.

The first round of voting for the new Foodies’ Favourite Award is also open until this Friday, following which the shortlist will be released for the final round of voting with the winner announced next year. 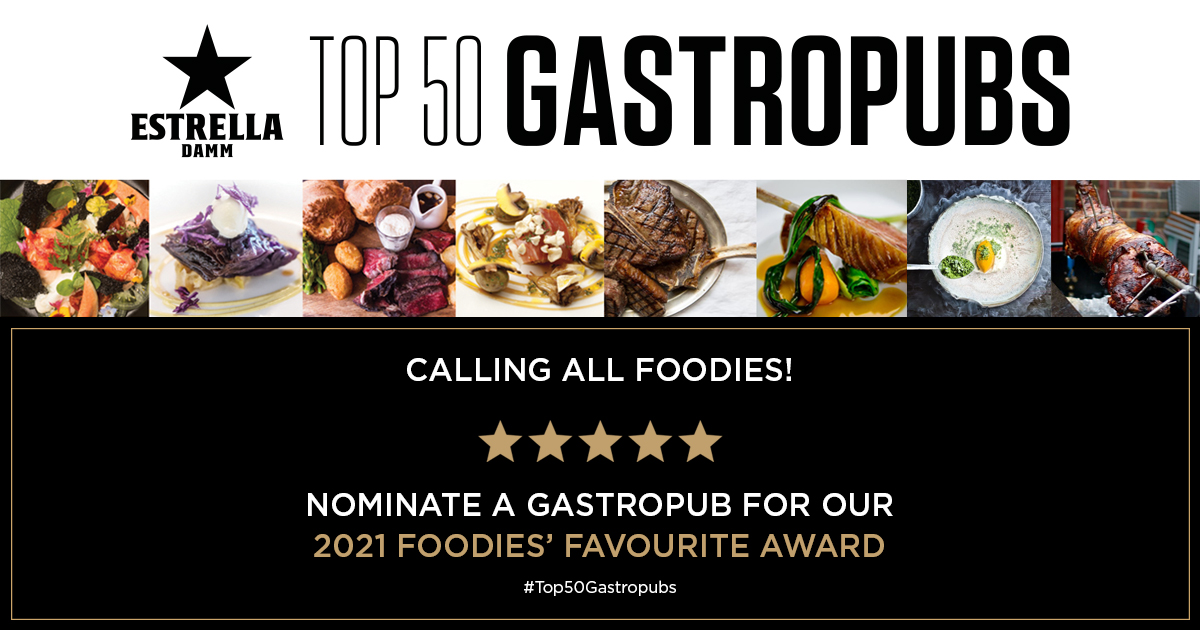