If music be the food of love, play on

Responses to the pandemic thus far have ranged from novel to nuanced and humorous to humanitarian as they strive to keep pubs trading and communities supported.

However, the Government’s latest tiered restrictions, which came into force after the easing of England’s second national lockdown on 2 December, have laid a fresh set of hurdles in front of embattled publicans.

As operators have once again dug out their fine-tooth combs to go through pages of new restrictions and find ways in which they can keep their business afloat, The Morning Advertiser​ has likewise sought out potential points of contention and established where the sector stands.

What counts as outdoors?

According to the Government’s latest guidance, venues that open in tier one are only be able to accommodate groups of up to six people – indoors or outdoors – other than single households or support bubbles, while tier two venues are barred from allowing household mixing indoors apart from support bubbles, with the “rule of six” governing outdoor space.

Yet some operators have flung open a debate over exactly what constitutes being “indoors”.

When asked whether structures used in beer gardens, for example an “igloo dome” or a marquee were considered indoors or outdoors, specialist licensing solicitors Poppleston Allen explained: “In relation to outdoors the situation is quite clear within the regulations.

“What is defined as indoors is by reference to the smoke-free legislation, so a place is indoors if it is enclosed or substantially enclosed for the purposes of the Smoke-free (Premises and Enforcement) Regulations 2006; essentially, and in a nutshell, any place with a roof including a retractable roof and 50% or more solid walls (counting doors and windows as solid doors) is indoors.”

What even is​ a substantial meal?

Despite the Government’s repeated assertion that it’s an established concept, many operators have found the notion of “substantial meals” difficult to swallow.

Substantial meals are defined as “a full breakfast, main lunchtime or evening meal” in the Government’s Covid-19 Winter Plan.

However, the already vague notion has been further blurred by Communities Secretary Robert Jenrick defining a substantial meal as something that “you would expect to have as a midday meal or an evening meal” while Environment Secretary George Eustice argued that a Scotch egg “probably would count” if there were table service.

The Local Government Association (LGA) has also cooked up their own definition, stating: “It would be difficult to argue that a single sausage roll or a snack pork pie constitutes a main meal, whereas if it was served plated with accompaniments such as vegetables, salad, potatoes, it could be considered substantial.”

Thinking of all the businesses and people with their future dependent on todays #teir announcement. We think we’ve found a loophole for those in #teir2 ….it does have bread in it after all. #substantialmeal#lockdownUKpic.twitter.com/2FYmtPWouY

Pubs in tier three see no change from rules imposed during the second national lockdown under the Government’s new tier system, and will only be able to operate takeaway, drive-through or delivery business.

While this, and the stipulation pubs in tier two can only serve alcohol as an accompaniment to a “substantial meal”, appears to have left wet-led pubs high and dry, Downing Street has recently given the thumbs-up for “wet pubs” to join forces with local takeaway operators.

On the subject, one operator recently asked Poppleston Allen: “I am a wet-led craft beer bar in tier two with no kitchen. There is an artisan pizza restaurant a few doors down. He has approached me and offered to deliver to my customers as part of the requirement for a main meal.

“Can I do this? And what if the customers go to his restaurant first and bring their pizza into my bar?”

The specialist licensing solicitors clarified: “In tier two bars and pubs, among other venues providing alcohol for consumption on the premises, must close unless they operate as if they were a restaurant.

“This means serving substantial meals, like a main lunchtime or evening meal, or indeed breakfast, but you may only serve alcohol as part of such a meal.

“If you do not normally serve food you can enter into a contracting arrangement with your local pizza restaurant in order to comply with the requirement and remain open.

“However, you are not permitted to allow customers to bring food into the premises that had been purchased elsewhere in order to consume alcohol. Also, be sure you comply with any requirements to register as a food business.”

The Government has recently announced that that alcohol can be purchased at ticketed events, cinemas and sports grounds​ without a “substantial meal” – much to the ire of pub operators.

The recently enforced tiers state that the substantial meal clause “does not apply where alcohol is being provided to a customer at a cinema, theatre, concert hall or sports ground.

Alcohol must be “ordered by, and served to, a customer who has a ticket for an exhibition of a film, a performance or an event of training or competition at the venue, to consume in the area where the audience is seated to watch the exhibition, performance or event” according to the guidance.

However, in keeping with this, the Phoenix Arts Club – a finalist in the Keeping the Community Entertained category of the 2020 Great British Pub Awards – has announced that it will be serving alcohol minus a meal throughout the festive period.

On 30 November, its Facebook page stated: “It’s a very bright Christmas here at the Phoenix – as we open for live performance again on Thursday 3 December!

“Thanks to the Music Venue Trust, we have won the argument to allow grassroots venues, like ourselves, to sell alcohol to accompany a ticketed performance (rather than a substantial meal). It only makes sense.

“And this means many, many important grassroots music venues across England will be able to open again and properly support artists and venues through the funds raised by hospitality.”

Though tier two-dwellers are advised to limit their journeys, those in need of a staycation after England’s second national lockdown will also be relieved to discover that they can do so in tiers one or two with people from their household or support bubble.

What’s more, while hotel restaurants and bars must call last orders at 10pm last order and adhere to the 11pm curfew, room service – including alcohol – is still allowed after this time, as long as it is ordered by phone or online.

The Government also confirmed that sports fans can return to live events​ this month and drink alcohol without ordering a substantial meal while in venue.

Up to 4,000 fans will be able to attend outdoor events in tier one areas, while stadiums in tier two areas can host either 50% of capacity or 2,000 fans, whichever is smaller – though clubs can implement stricter rules if they wish.

While drinks will not be permitted in stadium seats, venues will be allowed to provide temporary – socially distanced – seats on concourses or in hospitality areas.

What’s more, all payments should be contactless according to the Sports Grounds Safety Authority, and venues should avoid queues at peak times through measures such as pre-order and collection solutions.

A number of English Football League clubs welcomed back fans on 2 December, while supporters who returned to Arsenal’s Emirates Stadium for their UEFA Europa League clash with Rapid Vienna on were the first to visit a Premier League ground since March.

Up to 4,000 fans will be able to attend outdoor events in the lowest-risk, tier one areas, while stadiums in tier two areas can host either 50% of capacity or 2,000 fans, whichever is smaller – though clubs can implement stricter rules if they wish.

However, fans will only be able to stop in at matchday haunts in tiers one or two on the way to games provided any pre or post-match pints are accompanied by – you guessed it – a “substantial meal”. 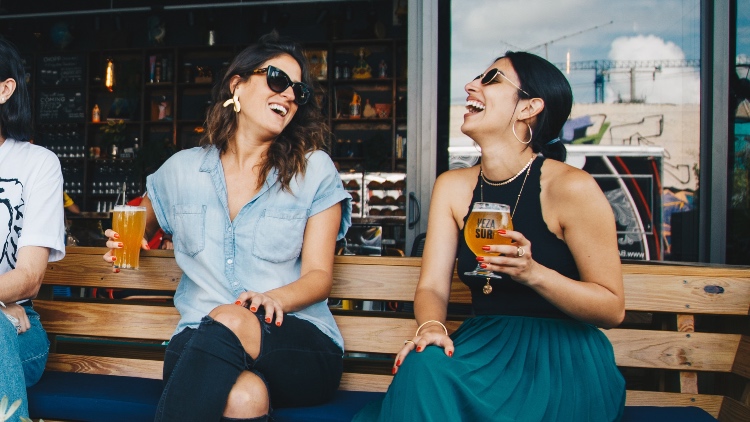