Tier review will ‘try to be sensitive to local effort’

Speaking to The Morning Advertiser ​(MA​) ​after the NewRiver-owned operator of more than 700 community pubs revealed its financial results for the six months to 30 September, Hawthorn CEO Mark Davies explained that the operator had seen its pub portfolio’s Covid symptoms largely mirror those of its parent company’s retail portfolio.

“The big fundamental social change that we’re seeing here, that will be with us for the long term, is a shift towards working at home,” Davies said.

“People will be working at home at least two or three days a week, they’re going to stay local, shop local and socialise local – that’s the big, fundamental shift that we are seeing here.”

It perhaps comes as no surprise, therefore, that a community-orientated rebrand​ to ‘Hawthorn: The Community Pub Company’ followed shortly after.

“We’ve seen strong evidence of localisation for some time but Covid has accelerated that by some margin,” Davies continued.

“In retail there are some sectors which are benefitting from that – like the Amazons and the Deliveroos of this world – but in pubs, you want to be in suburban and community locations, which is exactly where our portfolio is positioned.

“That’s the big social demographic change that we see day-in, day-out. It was very evident coming out of lockdown on 4 July.”

The thirst for local wet-led pubs amid the ongoing pandemic is also playing its part in creating increasingly high-end drinking habits, according to Davies.

“There are some rather more subtle changes that we’ve seen in the last six months,” he added. “A move towards premiumisation, as people seem to be less price conscious than we’ve seen before.

“Even in a furloughed environment people are prepared to pay for a premium lager, we think, because they aren’t incurring travel costs having to travel into work and home from work.

“That’s leading to a higher savings ratio and more disposable income, which we’re benefiting from when we look at our local shop portfolio but certainly when we look at Hawthorn and its community, suburban nature.”

Davies, however, hints that Hawthorn’s nature may be changing in other ways as it continues to expand its portfolio.

Speaking in November 2019, Davies told The MA​ that about one-in-ten (10%) of its sites were operator managed​. Yet a year later, Hawthorn’s estate comprises 80% tenanted and leased, with 20% now operator managed.

“It was our intention to get to 20% in operator managed,” he said in reflection. “We’ve managed to bridge that gap for two reasons.

“First of all we’ve been converting some of our high performing leased and tenanted pubs to operator managed because we can get higher earnings before interest, taxation, depreciation and amortisation (EBITDA) earnings growth and secondly, we did two acquisitions in the past 12 months.

“We bought a really great business in Bravo Inns – we completed that deal in December 2019 for 44 operator managed pubs principally in the north west of England – and then we bought 29 community pubs from Marston’s in January with the intention to convert many of those across to operator managed.”

“I think you’ll see operator managed as a greater percentage of the portfolio at some point in the future,” he added. “Whether that be through further acquisitions or further conversions from leased and tenanted.

“The other thing that we like very much about operator managed is that we don’t employ the staff in the operator managed model – it’s the operator themselves who we put into the pub who employs the staff. Again, not having to manage a huge head count and the cost that comes with that. So when the national living wage gets increased as it did through the Chancellor’s announcement, it just doesn’t really have an impact on our company and the bottom lines.

“We’ll see a continued investment in operator managed,” he continued. “If you were to put me on the spot, I would say I could see operator managed being 25% of the portfolio going forward – maybe not immediately, at the moment we’re just stabilising the acquisitions that we’ve done and obviously focusing on the conversions that we’re doing.”

This, in part, has made Hawthorn’s Covid symptoms slightly different to pub companies such as Fuller’s, Mitchells & Butlers and JD Wetherspoon, which all posted losses at around the same time as Hawthorn was announcing its six-month results, according to Davies.

As reported by The MA​, Hawthorn revealed that in the six months to 30 September​ pub net property income was £3.5m compared to £13.6m in the same period in 2019.

“​It’s been a tough six months as you can imagine, we were locked down for half of it,” Davies explained. “However, in spite of that we were profitable.

“In our leased and tenanted business, we traded at 92% of last year on average – we outperformed the market in 11 out of 13 weeks.

“In our operator managed business we were at 84% and the market was 82% on average according to Coffer Peach – so both segments outperformed.

“Leased and tenanted were better for us because we have a component of food which picked up the Eat Out to Help Out trade in August – in fact on 23 August, which was our highest performance week, we were trading at 103% of last year, an incredible achievement really with all the guidelines and restrictions that we were having to work around.

“At the end of the day we’re all in a results-driven business and we’ve generated a positive cash flow through the last six months, which is important to note because then that allows us to invest in the portfolio and we’ve said that we’re going to put £7.5m of capital expenditure into the estate, which is really important and very positive.” 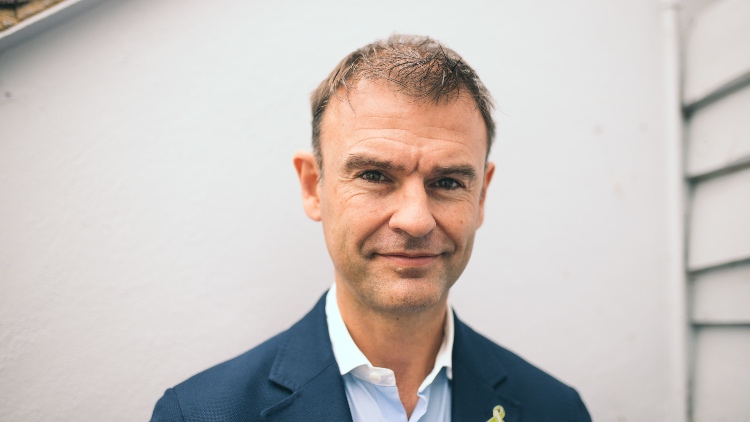