How and where can pubs serve alcohol under the Government’s winter tiers?

What has slipped under the radar to a greater extent is the work that has been done by, amongst others, the Music Venue Trust, whose chief executive, Mark Dayvd, recently said: “The Music Venue Trust, alongside Live Music Industry Venues and Entertainment Group (LIVE) has worked hard with the Government to make sure the case of the consumption of culture and the consumption of food should be treated equally”.

It will be of historic interest to those solicitors and operators who can recall the days of the Special Hours Certificate, where the sale of alcohol had to be ancillary to music and dancing or substantial refreshment for extended hours to run until 2am, in the days of the Licensing Act 1964.

The same emphasis on the equivalence of music and food as being focal points for people who are then allowed to consume alcohol is recognised in the latest set of Regulations, which took effect in December 2020, and are snappily called “The Health Protection (Coronavirus, Restrictions) (All Tiers) (England) Regulations 2020”.

For businesses in tier two, which is where there is most focus and perhaps confusion on when and how alcohol can be sold, there is the opportunity to serve alcohol “for consumption on the premises as part of a table meal, and the meal is such as might be expected to be served as breakfast, the main midday or main evening meal, or as a main course at such a meal”.

But, for now, let us allow other people (such as Michael Gove or George Eustace) to try and explain what constitutes a main table meal and, instead, look at the permission which is provided for cinemas, theatres, concert halls and sports grounds to sell alcohol without a table meal.

The regulations specifically provide that alcohol “can be ordered by and served to a customer who has a ticket for an exhibition of a film, a performance or an event of training or competition at the venue, to consume in the area where the audience is seated to watch the exhibition, performance or event”.

In the update it asks what has changed in the new guidance, and the following words are then used: “Added clarification that food and drink, including alcohol, can be purchased 30 minutes before, during and 30 minutes after a performance”.

This permission, which is provided for in guidance as opposed to law, clearly suggests that it is quite acceptable for alcohol to be purchased 30 minutes before a performance, during a performance and 30 minutes thereafter.

The guidance goes on at paragraph 3.10 to make it quite clear that: “Theatres, concert halls and cinemas will be exempt from having to provide table service to audience members.

“This should be limited to only those with tickets, and those who are planning to sit in the auditorium, or area of the venue where the performance/screening is taking place.

“Food and drink (including alcohol) must be consumed whilst seated in the auditorium, or area of the venue where the performance/screening is taking place. Venues should take steps to reduce queues for ordering, ensuring social distancing is maintained at all times”.

The guidance continues: “In tier two, theatres, concert halls and cinemas are exempt from only being able to serve alcohol with a substantial meal, provided it is limited only to customers with tickets who intend to consume alcoholic drinks in the auditorium”.

Grass roots and other music venues​

The guidance (while not law) suggests that this can be done 30 minutes before and 30 minutes after the screening. There is no requirement to have a substantial meal.

There are other questions which raise their head, such as can a restaurant or pub be a restaurant or pub during the day, say selling alcohol with a meal if they are in tier two, and then become a concert hall, theatre or cinema in the evening providing for ticketed customers to watch a performance or screening, and consume alcohol without a table meal?

Can nightclubs, bars or pubs completely repurpose themselves to become a theatre, concert hall or cinema, taking advantage of the exemption to provide a table meal to those people attending to watch a performance or screening?

To what extent this is possible will depend on the facts, but it seems that with the wide interpretation given in guidance already, the general reliance by Government on people’s common sense and the acceptance that premises are able – indeed encouraged – to repurpose, there are options for wet-led pubs and bars to rely upon entertainment rather than food to remain open.

It is however important that any businesses serving alcohol follow the Covid-19 Secure Guidance for Employers, Employees and the Self-Employed, for those working in restaurants, pubs, bars and takeaway services, so paying at the bar should be discouraged and, where possible (this wouldn’t be the case in theatres or cinemas), table service should be provided and/or ordering done through an app.

The question beggars itself as to why, for consistency, if food should be treated equally to performances and screening, is alcohol therefore not also able to be provided 30 minutes prior to somebody eating, and 30 minutes after someone has finished eating?

There is no mention of any such pre- or post-meal timings in the guidance for those eating. Why not?

What is clear is that the Music Venue Trust and other trade bodies representing the live music industry have secured an important concession, which will go a long way for the continued existence of live music and live performance venues, but pubs, bars and restaurants should be asking can there be some consistency in terms of the guidance on when alcohol can be purchased pre and post a meal. 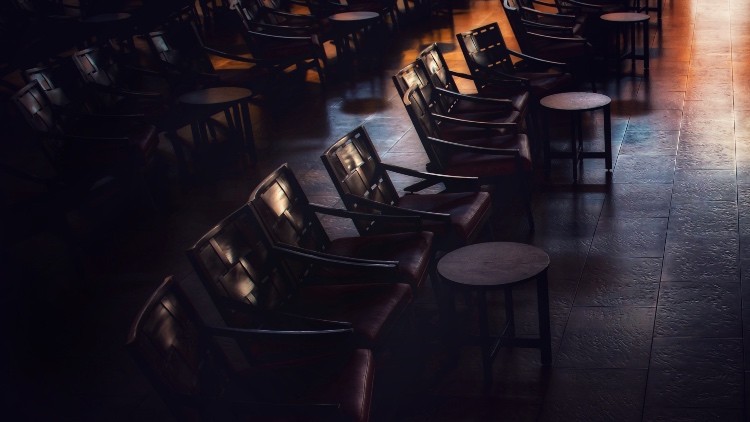