Has Covid-19 shaken-up low and no alcohol pub drinks?

While shops will be allowed to stay open, Jersey’s hospitality businesses – excluding takeaways – will be forced to shut under a reintroduced 2m social distancing law.

‘Circuit-breaker’ measures on the island – which also include the cancellation of indoor sport and fitness classes, the closure of gyms and the adoption of extra measures such as avoiding visits to other people’s homes – are expected to remain in force until 4 January.

According to the BBC​, there are currently 331 active Covid-19 cases on Jersey with the majority – 231 – symptomatic and eight cases being treated in hospital.

The island’s chief minister John Le Fondre confirmed that Jersey’s R number was currently between 1.4 and 1.9, which “means each case is, on average, passing the infection on to more than one other person”.

“This is too much and we need to introduce more stringent restrictions to protect islanders,” he said.

Health minister deputy Richard Renouf has also warned that the island would need to open its Nightingale hospital if cases continued to rise.

As a consequence of these developments, Channel Islands-based pub operator the Liberation Group, which runs 44 pubs on Jersey, will be forced to make widespread closures over the festive period.

“Naturally we are disappointed, but we understand the decision, and have always made it clear that we will play our part in controlling and minimising the spread of the virus on the island,” CEO Jonathan Lawson said.

“We have always put the safety of our teams and our customers first and will continue to do so.

“Our businesses have fully complied at all times with the requirements set out by the state.

“We look forward to welcoming our customers back early in the New Year”.

As previously reported by The Morning Advertiser​, the Liberation Group’s pubs on Jersey were permitted to reopen as early as 16 June​ following the spring and summer lockdown with the Old Court House in St Aubin, the Square in St Helier, the Trinity Arms in Trinity and the White Horse Beach Bar & Eatery in St Saviour the first to resume trade. 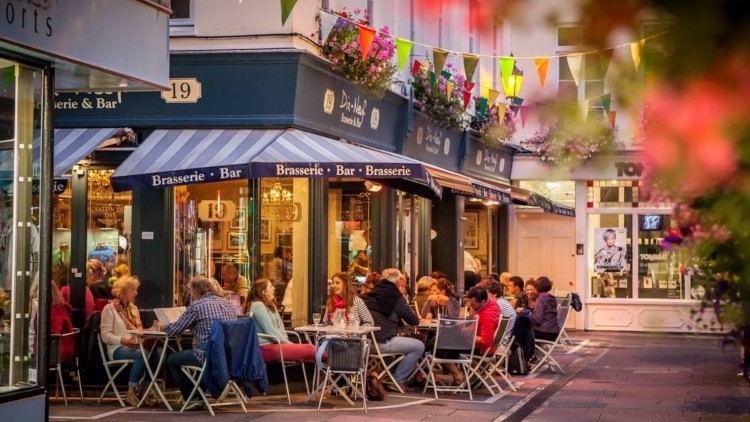 Night tube to restart next month

No ‘cliff edge’ for job losses when furlough ended

‘Can’t look at Government, we have to take responsibility for our own businesses’