Covid-19 to hit foodservice sector for more than £44bn

What do pubs need to know for reopening in December?

How will the new tier system impact pubs?

Prime Minister Boris Johnson announced yesterday (Monday 23 November) that pubs will face a raft of new rules​ including an 11pm curfew where operators have been asked to call last orders at 10pm to give customers an hour to drink up and leave the premises.

Johnson also outlined a new tier system. Those in tier one should work from home where possible and pubs can open until the 11pm closing time.

For the second tier, the new measures mean pubs can only serve alcohol if they serve a “substantial meal”, something that will have a significant impact on wet-led pubs.

Under the new third ‘very high’ restrictions, pubs must close and only serve takeaway – the same service as in the national lockdowns.

While the statement was made today, MPs will vote on the measures later this week, Johnson said he hoped this would happen on Thursday (26 November). It is also expected the Government will announce where will be under each tier when lockdown is released later this week.

“The Government is making a point of saying that these measures are needed in order to save Christmas,” UKHospitality chief executive Kate Nicholls said. “In reality, they are killing Christmas and beyond for many businesses and their customers who look forward to, and rely on, venues being open at this time of year.

“Sadly, for many staff, it will be a Christmas out of work.

“If there needs to be a tightening of restrictions, it should not come at the expense of hospitality,” she continued. “Only a small fraction of cases have been linked to our businesses and venues have shown that they can provide safe environments for customers and staff.

“If the Government pursues this course of action, it is going to mean permanent closures and job losses.

“Tier three will be lockdown in everything but name for hospitality and will leave businesses almost no room for manoeuvre. With household mixing still not permitted, businesses in tier two are going to find revenues severely slashed at a crucial time for the sector.

“Immediate financial support must now be rapidly increased as many businesses will be forced to close, in some cases permanently.

“Our member survey has shown the current tier three restrictions, which will now effectively apply to tier two areas, will see 94% of hospitality businesses operate at a loss or simply become unviable. The new tier three simply means no chance of trading out of this. Government must also confirm that the increased State Aid cap of €3m will be applied – as this is preventing the distribution of grants to tens of thousands of businesses employing nearly a million people.

“Adding a degree of flexibility to the mandatory curfew will help with dispersal of customers, but it doesn’t change the fact that businesses won’t be able generate revenues after 10pm.”

Nicholls added: “The big stumbling block for businesses is the lack of household mixing. This will be a huge hit that will be felt all the harder because it is almost Christmas. The Government could throw the sector a lifeline if it adopted the Welsh model of limited household mixing to let people socialise safely without jeopardising public or business health.”

British Beer & Pub Association (BBPA) chief executive Emma McClarkin warned the additional restrictions will destroy the sector if they go ahead as proposed.

“We’re calling on the Government to provide the evidence behind its decision to single out pubs,” she said. “The publicly available evidence from Public Health England shows hospitality has been linked to just 1% of total infections.

“Our own survey of members with 22,500 venues across the UK found just 1% had been linked by NHS test and trace to a Covid incidence. A recent study by the International Alliance for Responsible Drinking even found that people find pubs amongst the easiest places to adhere to social distancing, more so than many other venues and socialising within other people’s homes.

“We are genuinely concerned the decision announced today has not taken this evidence into account. Pubs are Covid-secure, following all Government guidelines, serving to tables, enforcing social distancing and working hand in hand with NHS Test and Trace.”

McClarkin outlined how if the tighter restrictions are forced upon the trade, more Government financial support will be needed.

“In tier two alone, the new restrictions will mean 90% of pubs will be unviable and will only be able to operate at a loss,” she said. “In tier three, no pub is viable if restricted to takeaway only. This will also mean our brewing businesses will be hugely damaged too.

“The current grants are not even enough to cover fixed costs in a pub, and now must compensate for the revenue pubs and breweries will lose as a result of these additional restrictions. Without an enhanced grants package of support for pubs and brewers thousands of businesses are doomed to fail, destroying thousands of livelihoods and communities across the UK.

“We are asking the Government to reconsider their approach and allow pubs to play their vital role in local communities over the festive period, bringing people together safely and providing some much-needed festive cheer this Christmas, and essential trade to keep our locals alive.”

Pubs are in an impossible situation due to the new tier rules, according to British Institute of Innkeeping (BII) CEO Steven Alton.

He said: “The rule of six will only apply outdoors as before in tier two and tier three businesses cannot open at all, except to provide a takeaway service.

“With such a reduction in footfall for our venues, profitability will be wiped out in the month where so many pubs rely on higher incomes to see them through the winter and into the spring. These tougher restrictions mean that despite furlough continuing until March, thousands of businesses will be left unable to survive until they are allowed to reopen and trade more freely or provided with realistic levels of business support.

“In order for our sector to survive, we are demanding that Government compensates our unfairly targeted pubs for the loss of revenue that they will endure over this period. The alternative is that our vibrant and viable sector will simply not be around in 2021. Jobs will be lost in their millions, businesses will collapse and the essential community value that they deliver will be destroyed.”

He highlighted how the grants for businesses weren’t enough to cover day-to-day costs of keeping pubs open.

“The grants that have been awarded barely scratch the surface of the running costs of our venues, closed or open. There is now an urgent need for action to save the hospitality industry, and the package of measures must be at levels seen in other countries in Europe and beyond,” Alton added.

“Without immediate intervention, we anticipate infection rates rising further as people gather in homes and other settings, instead of our highly regulated and controlled hospitality environments.

“As we anticipate more of the country being taken into these higher tiers, the results of our most recent survey, which showed 75% of businesses becoming unviable by the middle of next year, will now be a huge under estimation.

“Our call to Government is clear and concise. Act now to save livelihoods and the heritage of our country’s pubs or lose them forever.”

The Society of Independent Brewers (SIBA) boss James Calder labelled the announcement as a “sucker punch” for independent brewers.

He said: “The tougher restrictions being imposed on pubs at tier two and tier three mean trade will be a trickle of what businesses need to survive the critical Christmas period. Wet-led pubs, by definition cannot offer a substantial meal.

“Yet again, we are not provided with the evidence to justify why tougher restrictions for hospitality are needed when we know hospitality is Covid-secure. What evidence justifies a tightening on us, when retail is loosened? Why is tier three an equivalent to national lockdown for us, but not for others? What evidence justifies this when we know pubs are safe and the UK’s citizens want to socialise safely?

“Small breweries have lost the vast majority of their sales with the closure of pubs and now they have little hope for the Christmas period. Throughout the initial tier lockdown and national lockdown two we were seeing increasing numbers of breweries close for good.

“Without immediate Government support including business rates holidays, direct grants and compensation for spoilt beer, many more will follow. The Prime Minister should follow the example of Northern Ireland that has extended business rates holidays to manufacturing and provide direct financial support to wet-led pubs.” 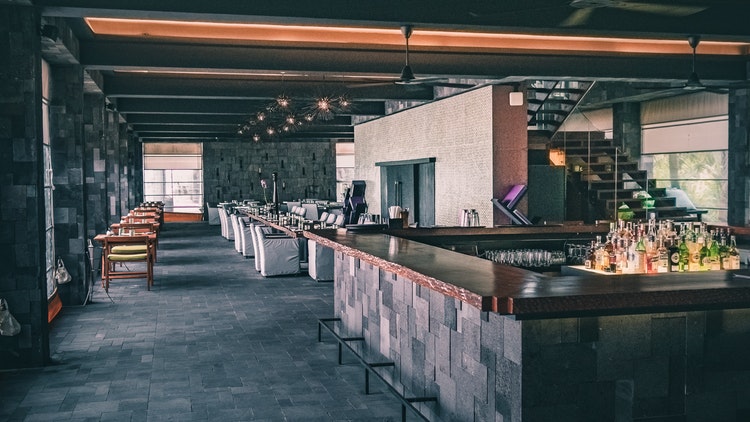