Pubs offer themselves up as vaccine hubs

How has 2020 changed people and pubs?

As part of a series titled ‘How has 2020 changed people and pubs?’​ to round off a turbulent 2020, a number of sector stakeholders relived their personal battles and successes from the ongoing coronavirus pandemic.

Blind Tiger Inns’ Chris Tulloch​ looked back on opening a pub as the UK entered its first nationwide lockdown and being forced to close within a matter of hours – all after pouring a six-figure sum into the new launch.

“At just after 5pm, Prime Minister Boris Johnson dropped the ultimate bombshell – all pubs would be closing from midnight on 23 March,” he said.

“This meant that after months of planning and more than £100,0000 spent on transforming the venue, the Aigburth Arms would only be able to trade for six hours.”

On top of this, a number of operators used their platform to reflect on how stories that dominated front and back pages came to shape their year.

With overwhelming daily Covid case and hospitalisation figures, and the impact they were having on NHS frontline workers, difficult to put into context at times, publican Peter Collie​ shared his experience of serving staff from his local NHS Foundation Trust.

“Being in a very stressful situation some were actually crying with relief that they could get rid of some stress over a drink, as they used to do,” he wrote. “It was quite overwhelming.”

Additonally, Kate Stewart from the Sandon​ – a firm fixture on matchdays at Anfield – described the “heart-wrenching” feeling of not being able to celebrate Liverpool’s first Premier League title with supporters due to Covid-19 restrictions.

“As June approached, they lifted the cup and I was absolutely ecstatic,” she said. “But at the same time, I was completely devastated. We’ve waited 30 years for this moment and as a city, the celebration the team and all of the fans deserved was far from possible.”

Boss Brewing director Sarah John​ also looked back the knock-on effects of her Swansea-based brewery making national headlines due to its “David versus Goliath clash with the corporate giant Hugo Boss” and finding an unlikely ally in comedian Joe Lycett.

“This has been a great source of empowerment and determination for me going into Covid and all of the challenges it has thrown our way – because if we can get through a battle with a real-life Goliath, we can get through most things,” she wrote.

And yet, the past 12 months have also yielded some left-field success stories from the pub sector.

Great British Pub Award-winning operator Emily Kolltveit of north London pub the Chandos Arms​ for example relived her path to being ordained in a socially distanced service at St Paul’s Cathedral and becoming curate of St Mary‘s Anglican Church in Primrose Hill in 2020.

“My role at St Mary‘s is wonderfully apt as in our crypt we house St Mary‘s Brewery, an enterprise dedicated to brewing great beer, building community and raising funds and awareness for a very important project that supports young people who are vulnerable to knife and gang crime.”

Finally, operator Mark Bates of the Three B’s Micropub​ in Bridlington, East Yorkshire, looked back on launching a pub unable to open in the throes of nationwide lockdown in April after having planning approved by a virtual council meeting.

“As a new business this was incredibly hard at first. It is hard enough for any start up to gain a customer base, but even harder when it was not trading as intended,” he said.

“However, trade did pick up especially when the ban was lifted on travel meaning some additional trade from the many day trippers to the coast.”

Further reading: How has 2020 changed people and pubs?

Business support measures discussed ‘as if the owners don’t exist as people’​ – Liz Hind of the Old Millwrights Arms in Aylesbury, Buckinghamshire, looks back on 2020 and reflects on how business owners have been perceived amid the ongoing pandemic.

‘Everyone knew what they had, they just thought they’d never lose it’​ – Martin Barnes of Cheshire-based operator Uphouse pubs, looks back on a ‘year of rapid change’ for the pub sector amid the Covid-19 pandemic.

‘It’s hard enough for any start-up to gain customers, especially when not trading as intended’​ – The Three B’s Micropub in Bridlington opened in April to a nationwide lockdown. Here publican Mark Bates looks back on opening a closed pub.

‘Some NHS staff were actually crying with relief that they could get rid of some stress over a drink’​ – Peter Collie of the Horseshoe Inn, near London Bridge, describes 2020 as a year he will look back upon and say ‘I was there’. Here he reflects on the past 12 months.

‘Our turnover being hit by every new restriction only forced us to be more inventive’​ – Peter Connolly of Nortons live music bar in Digbeth, Birmingham, explains how his venue was forced to dance to the erratic beat of pandemic policy throughout 2020.

Either ‘pretty damn brave, or very foolhardy’ to launch a brewery during an international crisis​ – Though West Yorkshire-based brewer Russ Clarke describes 2020 as ‘a dumpster fire’, it was also the year he fulfilled a dream by opening his own brewery.

‘Seven years of blood, sweat and tears that we have put into our business started to disappear’ ​- The next in our series of reflections on 2020 in the on-trade, award-winning chef and pub operator Nicholas Hack looks back on a ‘yoyo’ of tiers and lockdowns and building his business on 12 months of shifting sands.

‘This certainly wasn’t in the business plan we presented last Christmas’​ – Publicans Jonathan Carter-Morris and Marc Hornby received the keys to their new pub on 9 March – less than a fortnight before the UK’s first national lockdown. Here Marc reflects on taking on a site during a pandemic.

Hugo Boss battle ‘a great source of empowerment and determination’​ – While 2020 has been punctuated by restrictions, setbacks, tragedy and loss according to Boss Brewery director Sarah John, there have also been positive moments she will look back on fondly.

‘We waited 30 years for this and the celebration the team and fans deserved was far from possible’​ – Kate Stewart from the Sandon – a firm fixture on matchdays at Anfield – describes the ‘heart-wrenching’ feeling of not being able to celebrate Liverpool’s first Premier League title with supporters due to Covid-19 restrictions.

‘I’ve been spending 24 hours a day here not paying myself very much money’ ​ – On the eve of his site’s eighth anniversary, Jesse Dunford Wood spoke to The Morning Advertiser about the impact of Covid-19 on his west London pub Parlour.

‘Pubs are part of human existence and the Government has now forgotten about us’​ – Mark Crane of Grove Lock in Leighton Buzzard tells us that while 2020 began as a year full of hope and excitement he soon found himself deflated.

‘We’ve served 450,000 customers since July and are unaware of any Covid cases’​ – Patrick Frawley, who owns and operates five pubs and bars in central London as well as five restaurants and bars in Ireland via the East London Pub Company, believes hospitality has been ‘thrown to the wolves’ in 2020.

GBPA winner swaps pints for the pulpit​ – According to Great British Pub Award-winning operator turned ordained Anglican Deacon, Emily Kolltveit, 2020 has been ‘an extraordinary year of highs and lows’. Here she explains how she’s adapted to a new style of service.

‘We spent more than £100k to trade for 6 hours’​ – In the third instalment of our series looking back on the past 12 months, we hear from Blind Tiger Inns’ Chris Tulloch and his reflections on opening a pub on the day the UK entered its first nationwide lockdown.

‘2021 is a major opportunity for a reset of our industry’​ – In the second instalment in our series looking back on the last 12 months, Piers Baker explains that 2020 hasn’t necessarily changed his pub but highlighted the importance of people to both it and the wider industry.

‘When you’re a publican and you’ve retrained as an actress. Just call me Lucky’​ – To kick off a series looking back at a turbulent 12 months in the on-trade, Debbie Baisden, a multi-tasking, performing publican, explains how she is confronting Covid-19 challenges with hopes to continue both her careers in the arts and hospitality. 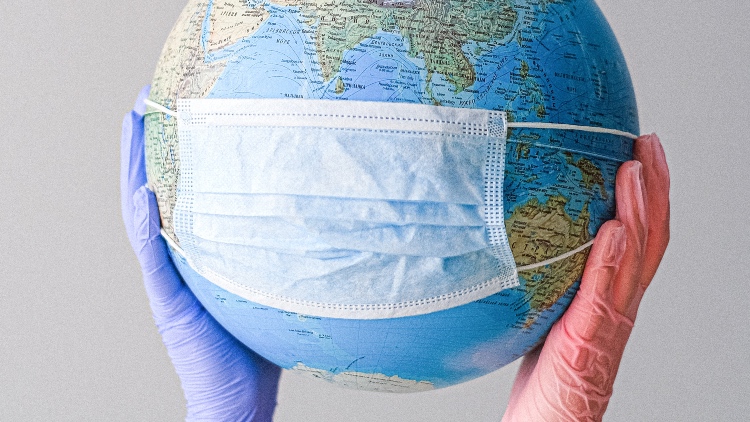