As previously reported by The Morning Advertiser (MA)​, England’s second national lockdown ended in tiers​ on 2 December after the Government revealed that the country would emerge into harsh Covid restrictions following a second six-month peak in daily deaths in successive late-November days.

While pubs and bars in tier one can stay open under current rules, provided they offer table service-only, call last orders at 10pm and empty by 11pm, those in tiers two and three face degrees of enforced closure.

In tier two, venues have been told to close unless “operating as restaurants”, can only serve alcohol if accompanying a “substantial meal” and must follow the same trading hours as tier one sites.

Pubs in tier three, however, have seen no change from rules imposed during the second national lockdown and can only operate takeaway, drive-thru or delivery business.

After barely a week of trading under these new rules, operators have taken to social media to tell The MA ​that the new restrictions are biting hard and that they’ve had enough.

Toni Perham Lake, who currently runs a pub under tier two restrictions in Essex, commented: “Wet-led but now trying to do food to accommodate the rules. Trade down 80%. People don’t want to come to a cocktail wine bar and have food. We’ve tried it. It doesn’t work.

“The constant changing of rules and super strict regulations on the industry is killing us. Supermarkets and shopping centres are rammed and not Covid safe yet the pubs etc are suffering and are the most Covid safe that I have seen.

“The stupid, unthought out restrictions take all the enjoyment out of running a good business,” she continued. “Christmas should be our busiest time but now it looks like it’s just not going to happen for the hospitality industry – but that ok as we can all have booze purchased from a supermarket and a massive house party.”

What’s more, Laura Totten commented: “Mentally drained. Scraping by but it is sucking the joy out of it all. People are willing to eat, it’s not being able to be with their friends that is stopping most of my regulars.”

We would rather be in Tier 3 & forced to close than to be in Tier 2 & have to work to the limiting restrictions in place. Our overheads are high, and the latest grant doesn’t cover the basic rent! A rural business wondering how we’re going survive the winter with limited trading.

Publican Paul Gibbs, who is operating in tier two, told The MA ​that his trading was down 70% under the Government’s new restrictions, while fellow operators Ade Fowles and Dave Galea added that their tier two trade is down 75% and 80% respectively.

Lisa Aubery-Cosslett said that trade at her small independent pub in a rural, tier two village is down around 60%, while Michelle Powell explained that her pub lost three quarters of their meal bookings for December within three days of their placement in tier two. She says they’ll be closed in January as they “can’t stand to lose any more money”.

Opened Wednesday w new menu (we were always going to launch) – takings down 70% on same week last year – knackered – a bit of agro but customers largely happy. Food was supposed to complement wet led biz, not other way round. Bring on T.1 but realise we are lucky to open at all.

What’s more, Sandra Reed, who runs a small independent, wet-led, country pub in tier two commented: “Right next to an airport but with no trade from there or business trade, we’re down about 45% from pre-lockdown and about 75% down on same period last year. Not sustainable but we’re taking it week by week.

“We’ve accepted we’ll probably have to write off any Christmas bookings this year because it’s just not worth it now. It’s hard for our locals cos we have limited seating, but we juggle, and they’re very understanding because they know we’re doing our best by them.”

Louise Dinnes – who has been running her restaurant with rooms business for 15 years – explained that while they’re operational in tier two, 70% of their room bookings came from tier three areas and have had to cancel.

Andrew Chubb, who runs an independent pool, snooker and live sports bar in West London commented that since reopening under the Government’s latest tiers, turnover has been just 15% of normal levels.

“I can’t serve food so no alcohol on sale, just pool, snooker tables and soft drinks. Spending today deciding whether to close or open two to three days and do everything myself,” he said.

“Frustrated to hear of a couple of venues locally that are putting food on tables and telling people not to touch it so they can stay and get hammered.

“Still seething at the miserly offer of £1k which will barely pay a weeks rent! Funds are dangerously low. Morale, dignity and patience non-existent.”

Tough. Greater costs, lots of customers who don’t understand (lots who are lovely!). Kitchens having to be open all day is expensive. Too cold to properly use outside areas despite massive investment in heaters/cover etc.

Steve Banfield, who runs a 15th​ century village freehouse in tier two – typically with a 70:30 wet:dry split – explained that while the pub survived on a takeaway offer and “massive” local support, the pub is too small to “deal viably with tier opening rules”.

As such, he explains that the site is open five days a week as a takeaway operation and offers drink and dining two to three evenings per week. “Covering heating costs is the killer,” he said.

“Honestly, this is soul destroying. I think our infection rates are lower than Cornwall. But not to worry, the supermarkets are selling more than the pub trade ever did, so the Government is over the moon – and it can close loads of pubs to make way for housing! Nice to feel loved.”

Wet-led micropub operator, Andy Davies, commented on The MA’s​ Facebook page that his pub has remained closed under tier three measures, which has resulted in having to simply throw large quantities of ale away.

Operator Wayne Glover added that his site was down 40% most weeks even before being forced to close under England’s second national lockdown. He highlights that five pubs within a three-mile radius of his site have been put up for sale since the area reopened in tier three.

What’s more operator Jayne Brand outlined a “heartbreaking” scenario in which she finds herself running a pub in tier three surrounded by tier two businesses open for business.

“Tier three. Our road sign in tier two. Sixty percent down on takeaways from lockdown one, small towns either side of our small village in tier two. Constantly answer the phone for bookings as general public do not realise we are in tier three.”

Steve Baxter, who runs a wet-led pub in tier three Kent, went into England’s second national lockdown in tier one but emerged in tier three. “On hearing new tiering, applied for bounce back loan which will see us through for a while but these ridiculous restrictions are soul destroying,” he said. “Not doing food, cannot see it getting any better this side of Xmas as only likely to drop down to tier two, if at all.

Not worth opening in tier two

Operators including Andy Madsen have been unable to reopen under tier two restrictions – despite guidance stating that they’re able to do so.

Annie Baxter-Oliviero, who was running a pub in tier one prior to England’s second national lockdown, explains that reopening under tier two – and measures dictating that households can’t mix indoors – has forced her to remain closed. “Just haven’t got the room to open,” she explained.

Devon-pub operator Sara Robertson added that it’s not worth trying food at her seven table, wet-led pub given mixing restrictions. “I feel for the old boys that come in for one or two pints and for the social chat,” she said. “I think the Government sees pubs as only attracting the younger generation that just want to get pissed which is not the case.”

On top of this, publican Gary Munns commented, simply: “Tier two, we remain closed. Our clientele do not come in for a substantial meal when they want a drink but now I know the substantial meal is not being taken seriously maybe we’ll revisit our position.”

Publican Lisa Drew also commented: “We are tier two, wet-led and made the decision to remain closed as we cannot see a way to maintain a profit while open under these restrictions. We were subjected to enough abuse from people refusing to abide by the rules previously, so we are not willing to subject our staff to even more of it under tier two.”

Additionally, Lisa Staples said that her tier two, food-led rural pub closed within days of reopening. “Opened on 2 December but now closed trade was so bad. Single household rule is the issue for us. If we go to tier one with ‘rule of six’ inside then we can get by but in tier two, no chance.”

However, it’s not just the regulations governing England’s pub trade that are forcing operators to the wall. According to another comment on The MA’s​ Facebook page, food-led country pub the Neuadd Fawr Arms in Wales will be closed until March 2021 in light of rules dictating that they must close by 6pm and cannot serve alcohol.

What’s more, Darren Bunting, who operates a live music venue in tier three added that it is “not viable to open under any of the tiers with our regular acts because restriction of social distancing cutting our capacity.”

“We have a bounce back loan and grant since last March which should see us through to next March but we are lucky as overheads very low and we normally only open two to three nights a week for gigs plus rehearsals and video shoots for bands,” he continues.

“Takings less than 10% of last year as rehearsals and filming don’t make us a lot of money but supports the local music scene and gives me something to do.

“Without more grants we will probably not re-open – we have not been able to access any of the Government/Arts Council administered grants because it’s a rubbish system.” 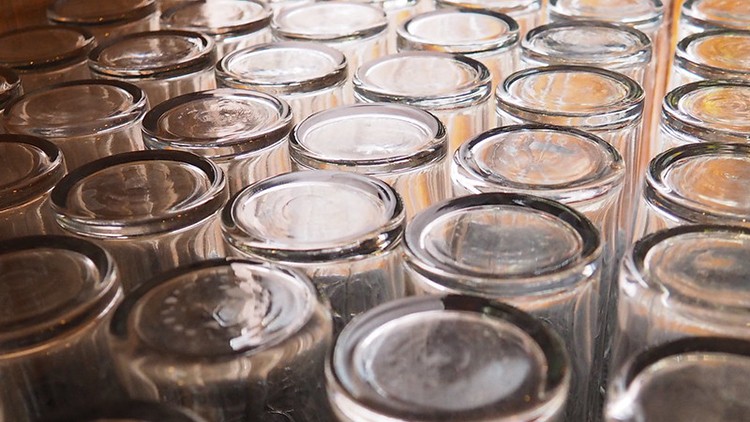