Welsh pubs to close again under another lockdown

Multiple operator Ian Price – whose pub portfolio comprises 16 sites across the north of England and Wales – is still awaiting £26,335 in Government grants more than seven weeks since his first payment was received in October.

Of Price’s 15 pubs in England, at the time of writing 14 find themselves under tier three restrictions while one is operating in tier two.

Speaking on 16 December, he told The MA ​his outstanding sum comprises £12,335 in Local and National Restriction Support Grants – the first payment of which was made on 29 October – and £14,000 worth of wet-led pub bonus, with the first of the two £1,000 payments received thus far landing in his bank account on 3 December.

On top of Boris Johnson’s £1,000 spur for England’s “wet pubs”, according to the Government’s website eligible businesses may be entitled to a cash grant from their local council for each 14 day period spent under local restrictions since 1 August via the Local Restrictions Support Grant, and were  able to claim additional funds if required to close between 5 November and 2 December.

“Every one of them, except one, has paid something out,” he told The MA​. “In their email to me, that authority said they sent their information through to their accounts department to assess our grants.

“On the bright side, other places literally have dealt with everything superbly and expediently – it’s great because ultimately that’s exactly what you want as an operator, you want to know when the money’s hitting the bank account.”

As previously reported by The MA​, figures published by the British Beer and Pub Association on 2 December revealed that the average grant payment​ a pub will receive in England the six-week festive period will be £3,400 – with the total that pubs in England are eligible for currently standing between £3,000 and £5,500.

‘Used our own money’

Price continued to explain that he’s experienced huge disparity in dealing with local authorities to secure grants for pubs located from Greater Manchester to West Yorkshire and Tyne and Wear.

“To the point where some of them are saying ‘you don’t need to apply again for the grant from the 2 December – automatically we’ll pay you and that’s been processed’,” he said. “But others say ‘we haven’t been given guidance’ – you can’t accept that because ultimately other councils have already done it and paid it out. That’s the inconsistency of it all.”

Despite the non-payment of in excess of £25,000 worth of grant money, however, Price explains that he’s managed to ensure parity between the haves and have nots in his pub estate by dipping into his own pocket.

“We’ve used our own money, because let’s face it it’s simple to work out that £667 per two weeks is not going to pay the utility bills,” he said. “We’ve had to put money in, we did last time when we were in lockdown, even though we received sizeable grants last time.

“But last time we knew where we were, we knew we were going to get £10,000 for one pub, £25,000 for another and there was a pot of money we were going to use to survive. But we have had to put our own money into the business because, ultimately, we just wouldn’t have been able to pay the bills.

“All I’ve seen is the bank balance falling all the time, but that’s a gamble as an operator I’m willing to take because ultimately I can see the light at the end of the tunnel for us all.”

Need for ‘acumen’ and ‘ability’

Price added that his “biggest worry” is that while he has the benefit of working in the industry for over 30 years – including 10 years in sales management at John Smiths and Marstons and the past 20 years owning and operating independent pubs – many other operators may not have the experience to weather the Covid crisis.

“We deal with a lot of different individual licensees, and my biggest worry is that some of them haven’t got the acumen or the ability to do these things,” he says.

“I’m fortunate, I’m very much on the ball, looking on the website, finding out what’s going on, emailing local authorities saying ‘when are you paying me?’ There could be people sat there having not even applied for their grants because they’re not aware they have to do that.

“That’s what concerns me greatly about individuals who need the support and are just not getting it.”

The MA​ understands that guidance regarding the Christmas Support Payment for pubs has been published on the Government’s website so councils have the information they need and that businesses should apply to councils through their websites as long as they are in tier two or tier three areas. 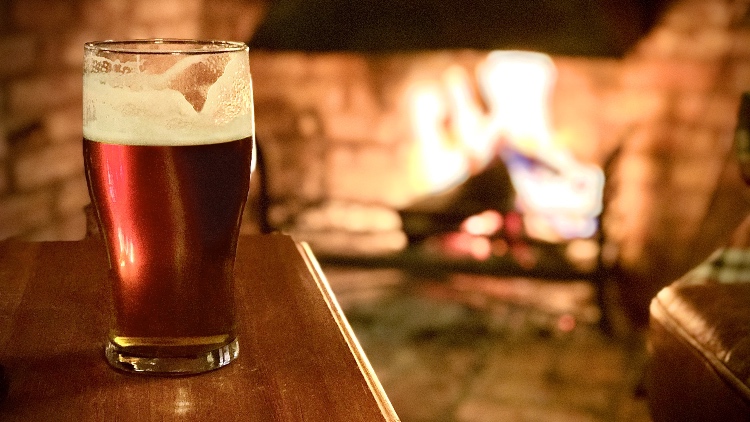