In a preliminary results statement for the 25 weeks ended 27 June, Revolution Bars Group highlighted total revenue for FY20 had fallen to £110.1m compared to £151.4m in the previous 12-month period, while statutory pre-tax losses deepened from £5.6m to £31.7m.

What’s more, the group also revealed revenue for the 24 weeks from July currently stood at £20.6m, down by 58.6% against the £74.1m taken during same period the previous year.

Additionally, when the Government-backed Eat Out to Help Out scheme was live between 1 and 31 August, comparable venue sales reached 82.2% of 2019 levels.

Prior to the Government’s tier review, the group has just one bar in tier one, 32 in tier two and 34 in tier three, meaning the Christmas trading period has been “effectively wiped out”.

Revolution’s latest financial results also follow the approval of a CVA​ concerning subsidiary Revolution Bars Group in November in order to scale back its portfolio and rental cost base as well as improve the group’s profitability and return on capital.

It came after a review identified 13 sites that were considered to be either underperforming, over-rented or not expected to generate future profitable returns going forward and will reduce Revolution Bars Group’s estate of Revolution branded bars from 50 to 44 and obtaining improved rental terms for seven others.

As part of the proposal Revolution Bars Group also stated that it will write-off half of the £30.9m debt owed by its subsidiary.

What’s more, the group said it had secured liquidity through an increase in committed debt facilities from £21m to £37.5m, including a Coronavirus Business Interruption Loan of £16.5m, and an equity fundraising of £15m at the end of July 2020.

On top of this, on 16 December, the Group’s bank, NatWest, provided further support by postponing loan facility amortisation payments of £8.5m that were initially scheduled by the end of June 2021.

If it is unable trade, Revolution has estimated that under the current Government schemes and its agreements with landlords, its cash burn rate will be just over £400,000 per week.

Discussing the group’s latest results, chief executive officer Rob Pitcher explained while 2020 has been an “immensely challenging” year he is incredibly proud of the dedication shown his team in navigating the ongoing pandemic thus far.

“Prior to the onset of the pandemic we were reaping the rewards of the workstreams we introduced last year to improve performance with both brands in like-for-like sales growth, out-performing our high street bars peer group,” he said. “We also continued to see strong results from our refurbishment programme.

“This work, combined with our focus on the customer experience through the development of our app, order and pay at table, and our online booking systems, and the additional financial strength and flexibility we have secured through the actions taken since the Covid pandemic hit the UK gives me great confidence that we are well placed to recover and return to growth once trading restrictions are removed.”

Pitcher added the UK Government’s actions towards wet-led bars and late-night hospitality are “nothing short of scandalous”.

“It has little evidence to justify the severe restrictions that have been imposed and it is deliberately sacrificing businesses and people’s livelihoods,” he said. “The recent grants of £1,000 per pub as compensation for being deprived of our most important trading period is derisory and insulting and underlines a complete lack of understanding of the costs associated with businesses of this nature (even when they are shut) or any sympathy for the consequences of their inept decisions.

“The next few months will continue to be challenging and entirely dependent on imposed operating restrictions,” he continued. “Further meaningful Government support will be required to help safeguard the industry and avoid further job losses, particularly for young people.

“However, given the actions we have taken to secure the future of the business, I am confident Revolution will emerge from this crisis as a more focused business, and in a strong position relative to our competition, ready to seize any opportunities that arise.’’ 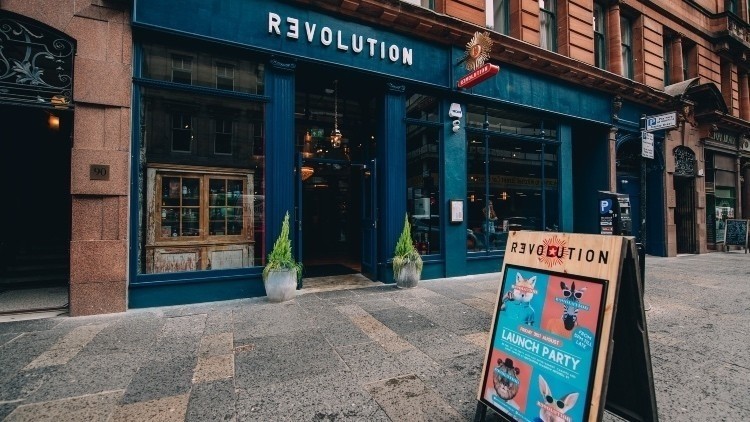