‘It’s hard enough for any start-up to gain customers, especially when not trading as intended’

As I watched the TV, I sat and realised that things were definitely going to change. I gathered my team and pledged we will get through this and be stronger at the end.

Having run pubs for 35 years, I have been through a couple of ups and downs to say the least – though none as big as this one.

It was important for me to make my whole team confident for their future. So, as we closed our doors, management and I sat down and discussed what to do – as I am sure my fellow publicans did.

During this period, however, I was struck down with Covid-19 – at the same time as Boris.

Like most people in the first lockdown, we got lots of cleaning and painting done, of which some was not our remit, but we wanted to return the favour to our pub company Brakspear, which has given us so much support.

Then the fun began.

Pubs began serving takeaways in London and after clearing it with Southwark Council, we tentatively opened our doors for takeaways. On our first day we took £145.

Then the police appeared around the corner. Given our neighbours had recently taken us to a licence review – which they lost – we were expecting our first day open to also be our last.

The lead officer opened their notepad looking concerned and very sternly said: “I believe you have lost your cat, just to let you know, we are looking for him and have a picture of him up in our staff room”. It could only happen here.

As word got around that we were open, people were coming from all over London just to grab a pint. When one staff member served her first pint, her face lit up like she had scored the winner in a World Cup Final – I realised how happy my staff were to be returning to some sort of normality.

When we started doing takeaway, staff from Guy’s and St Thomas’ NHS Foundation Trust came in and said we were the real front-line workers. Being in a very stressful situation some were actually crying with relief that they could get rid of some stress over a drink, as they used to do. It was quite overwhelming.

Sales just went up and up and it became a problem getting beer delivered and trying to keep our neighbours happy – though the vast majority were very supportive.

Stuart, our business development manager at Brakspear – who had only joined us as the pandemic started – gave us handfuls of support as did head office.

We were told we could (maybe) reopen properly on the 4 July.

After many changes to our pub to prepare for takeaways, there was a lot to do to make it Covid-secure for customers to enjoy as they once used to do before this ‘new normal’.

The big day finally came, and we were delighted to be opened by Talk Radio, which have been incredible in helping the hospitality industry, which they certainly did in their usual style.

We had finally opened and by the time everything was feeling normal again, we were shut. Then opened again, and then shut, yet again, with no evidence that pubs spread this virus, when we are a much safer environment than most settings.

Nothing is certain as we go into 2021, although I know one thing for sure, after all the support we have received from Brakspear, TalkRadio and our customers, we will be back stronger than ever with our doors wide open.

And what everyone wants to know, yes, we got Pickles (our resident pub cat) returned safely. 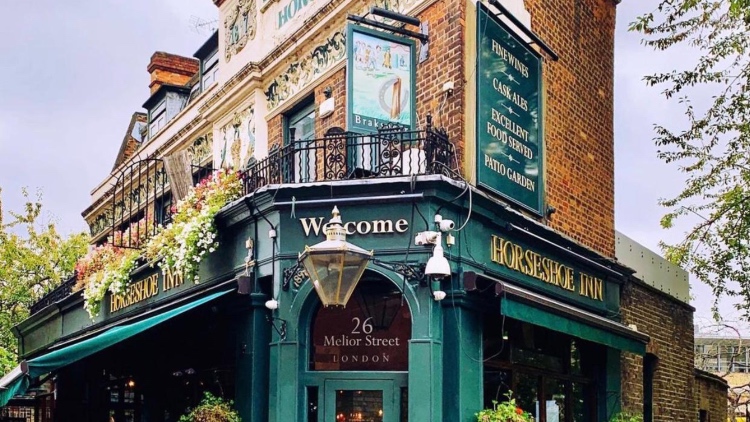