Officials accused of ‘intimidation’ over enforcement of pub rules

As previously reported by The Morning Advertiser (MA)​, the Government confirmed that up to 4,000 fans​ will be able to attend outdoor events in the lowest-risk, tier one areas, while stadiums in tier two areas can host either 50% of capacity or 2,000 fans, whichever is smaller.

Though returning fans are able to drink alcohol​ without ordering a substantial meal, drinks are not permitted in stadium seats, with grounds allowed to provide temporary – socially distanced – seats on concourses or in hospitality areas for consumption.

While Norwich City staged a late comeback in front of 2,000 fans at Carrow Road to beat Sheffield Wednesday on 5 December and return to the top of the EFL Championship, the partial return of fans was “of no benefit” to nearby Great British Pub Award regular the Gardeners Arms – known locally as the Murderers.

“I think we saw just four customers who told me that they had tickets for the match,” operator Philip Cutter told The MA​.

“Being in tier two means that we are fundamentally trading as a restaurant now, and therefore, transient drinkers are unlikely to order a meal, to have a drink, and then move onto another venue simply to order another drink.”

Cutter added that despite emerging from England’s second national lockdown in tier two, and the partial return of sports fans to stadiums, the week since the introduction of the Government’s new tiers has been “the most devastating trading week” in memory.

“Not just for us, but for many other pubs in the city,” he continued.

“Even with a third of the city’s pubs closed, either consumer confidence is low, or online shopping has taken preference over bricks and mortar, high street shopping this year.

“Dropping into tier two has massively impacted trade, and believe that had we been in tier one, this would have seen a benefit to trade.”

Excruciatingly, a number of pubs which usually find themselves packed with sports fans heading to watch Premier League clubs on matchdays were unable to reopen at all in tier two despite the partial return of their usual customers to live events.

While Arsenal’s Emirates Stadium was the first top-flight ground to welcome fans for the first time since March, as Mikel Arteta’s side treated 2,000 supporters to a 4-1 win over Rapid Vienna in the UEFA Europa League on 3 December, the nearby Tollington pub remained empty.

According to operator Martin Whelan, fan footfall driven by Arsenal’s home games has contributed approximately 40% of his pub’s annual turnover in each of the past 14 years​.

“Regarding football and footfall, as we are a wet-led sports bar we cannot reopen under tier two restrictions at the moment and for the near future, which is crippling our business,” he explained.

“The Government’s derogatory £1,000 contribution for pubs for the month of December is an insult to both our business and intelligence.”

What’s more, while Liverpool marked the long-awaited return of supporters to Anfield for the first time since they clinched their maiden Premier League title – and first top-flight title since 1990 – with a 4-0 win over Wolves in front of 2,000 fans, a number of local pubs were unable to follow suit.

The nearby Sandon pub – which dates back as far as the early 1870s and is the birthplace of both Everton and Liverpool football clubs​ – remained closed, with trading restrictions making matchday trading unviable according to its operator.

According to chief executive Richard Masters, each Premier League fixture contributed in the region of £20m to the local and national economy prior to the Covid-19 pandemic – a traditional boon for local pubs. 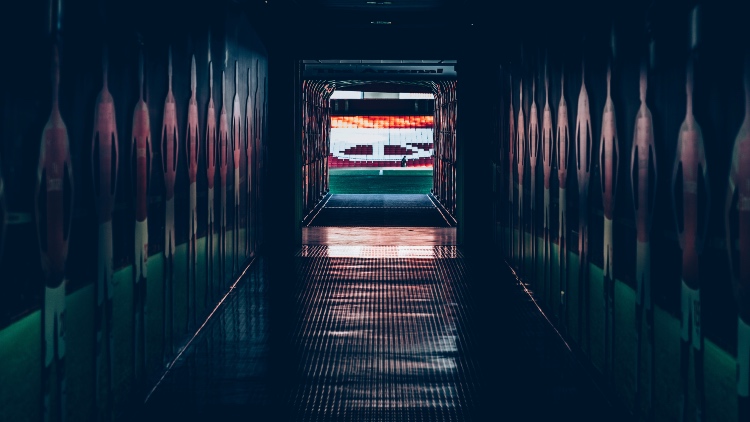