Boris Johnson revealed the funds will be available for wet-led pubs unable to serve “substantial meals” in tiers two and three from tomorrow (Wednesday 2 December).

Johnson said MPs understood and appreciated the “anguish” of pub operators in the House of Commons this afternoon (Tuesday 1 December) ahead of a vote on the tier restrictions later today.

“A one-off payment of £1,000 for pubs forced to close does not even count as a token gesture,” she said. “Equivalent to just 1.1% of last year’s takings, it falls far short of the bare minimum required to keep these businesses alive.

“The Government’s entire approach to this lacked any sliver of logic, as evidenced by the farcical debate around Scotch eggs over the past 24 hours. There needs to be a much clearer and supportive approach from the Government and this means providing far more support immediately.

“The new tier system condemns nine out of 10 hospitality businesses to being unviable by the new year,” she continued. “This is not just a threat to community wet-led pubs but also neighbourhood restaurants independent hotels, nightclubs and other hospitality venues who are now staring failure in the face. The sector will lose £8bn of revenue in December and bear £0.3bn of costs of closure and restricted trading.

“The Government’s own figures say a third of businesses are at risk of insolvency. This jeopardises over a million jobs and threatens collapse across the supply chain.

“The Prime Minister himself said that he was asking hospitality to bear a disproportionate burden to allow the reopening of all other parts of the economy and pay for our festive bubbles but the compensation is derisory. It is vital that they bring forward a more comprehensive package of emergency and long-term support to stave off the collapse of the third largest sector and export earner – a sector vital to our economic recovery.”

British Beer & Pub Association warned the payment on its own was not nearly enough for pubs to survive nine weeks.

Chief executive Emma McClarkin said: “£1,000 on its own is a meagre amount for pubs to cover nine weeks of costs let alone compensate them for the huge loss of business over the festive period. It is quite frankly, an insult to thousands of pubs across the UK that are on their knees. It barely touches the sides of what pubs up and down the country require to cover their costs and ensure they survive. Nor does it recognise the inherent danger they are in heading into the next year without more support should the tighter tier system remain unchanged.

“This December, the average pub will lose £47,000 in revenue. A £1,000 payment is not even a sticking plaster. The current monthly grants to pubs have to be increased significantly if pubs are to survive and be able to play a role in the new year in leading the economic recovery and serving their local communities.”

McClarkin added: “The tighter tier restrictions go well into next year, they are not just for Christmas. Our sector needs more long-term support to ensure its survival, else more than 30,000 pubs – 80% of those in England – are at risk of closing for good if this is all the Government is going to offer.”

The cash won’t “touch the sides” of the hole pubs will be in over the festive period, Greene King boss Nick Mackenzie reiterated.

“The announcement of the £40m support fund for wet-led pubs only equates to about £1,000 per pub, which simply isn’t enough and won’t touch the sides of the financial hole that’s left for pubs over what is traditionally the busiest trading period of the year,” he added. “Because of the new tier structure, many pubs are unviable with heavily reduced revenue and significant costs from reopening and closing as the rules constantly change.

“Jobs and livelihoods are at risk.  Unless the government urgently reviews the restrictions, many pubs face permanent closure, which will deprive communities across the country of their much-loved great British pub.”

The Prime Minister was absolutely right when he said pubs are at the heart of our communities and are part of the fabric of our national identity, Campaign for Real Ale (CAMRA) national chairman Nik Antona stated.

“But a one-off £1,000 grant simply isn’t enough to compensate wet-led pubs in tier one and three areas in England that will be forced to close at what should be their busiest time of the year,” he said.

“The Government must urgently introduce a new, decent and long-term financial support package for hundreds of thousands of wet-led community pubs which deserve to be saved from going bust due to these restrictions.

“CAMRA is continuing to urge the Government to provide concrete evidence that banning alcohol in Covid-secure pubs, except with a substantial meal, is an effective step to stop transmission of the virus. Without this evidence, the Government should re-think their draconian restrictions on wet-led pubs.”

Society of Independent Brewers boss James Calder said the grant was a “derisory gesture for the wet-led pubs that have struggled through the crisis.

He added: “​During the Christmas period many of these pubs would expect to take £1,000 in a couple of hours. These pubs never benefitted from the much-lauded hospitality VAT cuts, which don’t include alcohol, and the Eat Out to Help Out scheme which only included food. On top of this there was yet again nothing for small breweries who rely heavily on wet pubs for their sales and lost 80% of their income during Covid-19.

“The Prime Minister should follow the examples we have seen in Northern Ireland, where business rates holidays have been extended to businesses like breweries and support for wet led pubs provided, and in Wales which includes financial support for those who have lost sales.

He added: “We are staggered and disappointed by the measly measures announced by the Prime Minister. These pale in comparison to the devastating hit that pubs across the UK are suffering as they are forced to shut their doors during their most important time of the year. There is a complete lack of evidence that pubs are responsible for driving transmission, but the government is still preventing the British people from safely enjoying one of life’s simple pleasures – a pint in their favourite pub.

“We are one of the great beer-producing nations, a manufacturing success story with more than 1900 breweries of all shapes and sizes, and our hospitality sector is the envy of the world. But we’re now facing a pivotal moment.

“The beer, pub and brewing industry supports 1m jobs in the UK and contributes £23bn to the economy as well as being the focal point of many local communities. This is an innovative and dynamic industry that can play a crucial role in helping the country recover from the impact of the pandemic. But the Government’s refusal to properly support the sector is putting tens-of-thousands of jobs and hundreds of communities at risk.

“We need to immediately see a meaningful package of support that truly reflects the financial hit that pubs are being forced to take. We also need to see the Government give us as an industry the confidence that we will be able to build for the future by committing to an extension of the 5% VAT rate to all drinks sold in pubs as well reducing the punitively high beer duty rate.

“While it’s heartening to hear the Prime Minister commit to working with the industry to recover in 2021, we need to know urgently what that support will look like.” 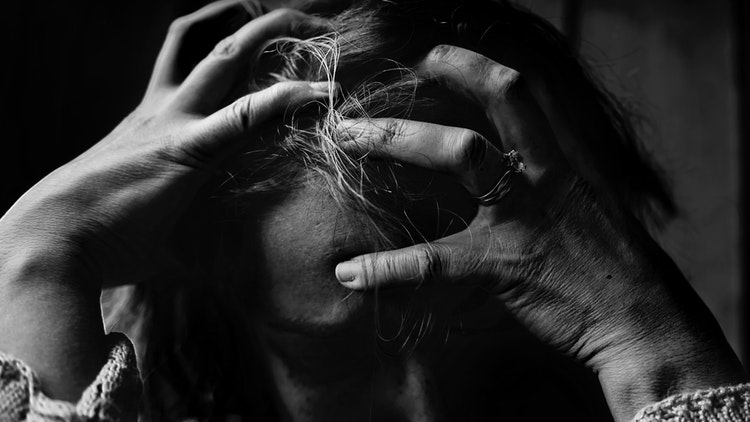