I’ve been self-employed for 21 years and we’ve had tricky years before, but we’ve never had something more challenging than this year.

The company is privately owned by me, so there are no boards involved, so we’ve been able to react incredibly quickly to changes. So, when the goal posts have moved, as they have frequently, we have been able to immediately make decisions on what we were doing.

At one of the pubs, the Ten Bells in Spitalfields – which hasn’t run a food operation in the last couple of years – we decided we were going to reinstate food into the operation.

We started doing a pizza and burger delivery service from the Gun pub, which I also own around the corner into the pub, so we were able to run two food operations out of one kitchen. We got that up and running in two days and in the first week we sold £1,500 worth of pizza. We had never sold that before.

However, the November lockdown for hospitality I thought was massively unfair and somewhat farcical in that the rest of London basically carried on. I don’t mind being shut if it’s for the overall good and the reduction of numbers – but clearly that didn’t work.

December’s post-lockdown measures were utterly ridiculous based on the fact that everything else remained open – the tubes were packed, the shops were packed – and given we’ve operated and traded in a very safe environment.

I have almost 500 staff across the company who’ve served 450,000 customers since July and we’re unaware of any Covid cases. How unfair is that? I do feel like the hospitality sector has been completely and utterly thrown to the wolves without any assistance.

For every business in Ireland, to begin with, we got a business rates grant – so we were actually given cash towards the businesses while they were closed. It’s cash as opposed to getting loans. We’ve had no problem getting loans in London, but at the end of the day all you’re doing is adding more debt to the company – not something we want to deal with, though we have no choice and we will deal with it.

But the biggest difference between our pubs in London and Ireland is that the furlough scheme has been amazing for staff, but has been over-generous in my opinion. We’ve found it difficult to get staff to come back to work.

Also, the nature of how the furlough scheme has been structured and set up is massively unfair because we have created 60 jobs since the beginning of November and none of those people qualify for furlough. They’re going into Christmas with no income, I’ve had to pay a lot of people out of my own pocket to make sure they have money for Christmas.

The Government is going to have to do something to help businesses because the furlough scheme was amazing for staff, but even when we’re closed there’s insurance to be paid, overheads and running costs – you’ve still got a base level of cost that has to be paid.

At the moment there are no flights out of Ireland – there’s a ban for 48 hours but that will more than likely be extended – but there’ll be a way of getting back to London for New Year.

As a company we’re shut in the UK but we’re trading in Ireland until 30 December. I think what will happen is I’ll do what I did the last time which is operate remotely, but I have a really competent management structure in London so I’ll be Zoom calling on a daily basis.

There’s lots of scaremongering that we’re going to be in tier four for a couple of months, but I don’t really like speculating without facts, we’ll deal with it when and as it happens, and how it happens.

You can feel aggrieved about it as I do, you can whinge and moan about it as I do – but not too much – but my view is that we’ve got to put our heads down and just get on with the show. 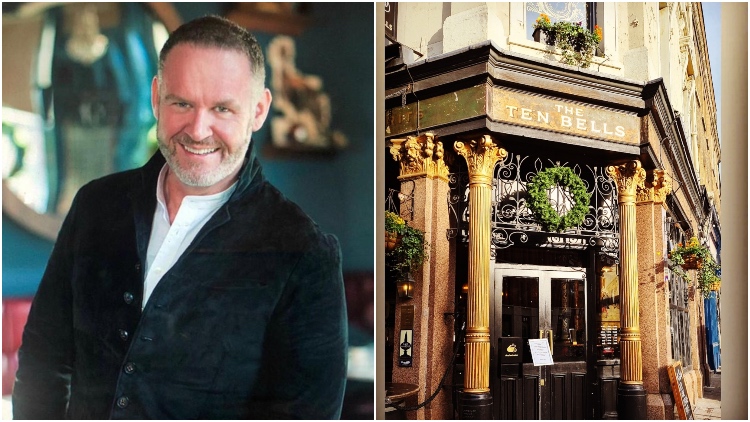