New guidance for local authorities on paying the Christmas Support Payment for wet-led pubs has been published, according to UKHospitality.

The update also clarifies the definition of a “pub” and of a “wet-led” pub, explaining that a pub is defined as an establishment that is open to the general public, allows free entry other than when occasional entertainment is provided, allows drinking without requiring food to be consumed and permits drinks to be purchased at a bar.

The guidance defines a wet-led pub as a pub that derives less than 50% of its income from sales of food.

More information can be found on the Government’s website, here​.​

This year has seen an estimated 650,000 job losses in the hospitality sector, a new study has revealed.

Research from global software provider Fourth also revealed there has been a fall of more than a quarter (26%) in overall staff head count since November 2019.

The workforce across the industry reduced by 4% in November, compared to a drop of 7% in October while the number of hours worked across the sector was 75% lower compared to November 2019.

Sector recruitment also saw a downturn in the month when national lockdown restrictions were imposed, with a drop of 59% compared to October.

As reported by The Morning Advertiser’s (MA)​ sister title MCA Insight​, a coalition of cross-party MPs and peers have formed an All-Party Parliamentary Group (APPG) in support of night-time businesses.

Chaired by Labour MP Jeff Smith, the group seeks to represent sector issues in Parliament and address both immediate and long-term challenges stemming from the ongoing pandemic.

“The night-time sector is hugely important to both the UK economy and our cultural identity, but in the past nine months it has faced enormous challenges, and thousands of bars, nightclubs, and live events businesses are at risk of collapse,” Smith said.

“As a former events manager and DJ, I feel strongly about the importance of these businesses, so I am pleased to be chairing the new cross-party group to support night-time industries.

“We will be working hard to ensure that this usually viable, thriving and world-leading sector can not only survive the Covid crisis, but prepare for a prosperous, long-term recovery.”

The group is backed by the Night-time Industries Association, which has lobbied for further support for venues since the onset of the pandemic.

“It is vitally important that the night-time economy has its own voice, and alongside businesses, associations and participating parliamentarians, we welcome the APPG to further support and clarify the challenges around the industry and help recognise its cultural and economic value both within the UK and internationally,” the body’s CEO Michael Kill added.

“We are extremely pleased to have the support of many cross-party parliamentarians and believe that this group will have a substantial part to play in the regeneration of the night-time economy in the next 12 months.”

The MA’s​ social media followers shared their experiences of trading under various levels of the Government’s more stringent Covid alert system since 2 December.

As previously reported, England’s second national lockdown ended in tiers on 2 December after the Government revealed that the country would emerge into harsh Covid restrictions following a second six-month peak in daily deaths in successive late-November days.

While pubs and bars in tier one can stay open under current rules, provided they offer table service-only, call last orders at 10pm and empty by 11pm, those in tiers two and three face degrees of enforced closure.

In tier two, venues have been told to close unless “operating as restaurants”, can only serve alcohol if accompanying a “substantial meal” and must follow the same trading hours as tier one sites.

Pubs in tier three, however, have seen no change from rules imposed during the second national lockdown and can only operate takeaway, drive-thru or delivery business.

After barely a week of trading under these new rules, operators have taken to social media to tell The MA​ that the new restrictions are biting hard and that they’ve had enough.

British bakery chain Greggs’ head of category David Ross has left the high street mainstay to join Whitbread as its head of commercial – restaurants, according to MCA Insight​.

On top of running 800 Premier Inns across the UK – boasting 76,000 rooms – Whitbread operates more than 400 venues under its Brewers Fayre, Beefeater, Cookhouse & Pub and Table Table brands – which will now come under Ross’ remit.

The former brewer, which in 1968 reached a deal to brew Heineken under licence, offloaded its breweries and pubs in 2001 to focus on its estate of hotels and restaurants.

It launched a consultation earlier this year over 6,000 job cuts, though this is believed to have been revised down to 3,000.

Pub operators will be protected from eviction until the end of March 2021, the Government has revealed.

This comes as welcome news to the hospitality sector, which has been pushing on Government for an extension to help businesses amid a tough trading situation under the new coronavirus tiers.

The Government has said businesses should pay any or all rent where they can.

Commercial landlord and tenant legislation is to be reviewed, following concerns it is outdated for the current economy.

For tied publicans operating substantive agreements in England in tier three, unable to open other than takeaway services, they will receive a 90% rent credit.

For pubs in tier two, where they can only operate as a restaurant and serve alcohol with a “substantial meal”, they will receive 65% credited rent, tie release fees and fixtures and fittings rental charges – up from the previously tiered amount of 50%.

As reported by MCA Insight​, the London-based Incipio Group has appointed corporate lawyer David Roberts as a non-executive director.

Roberts, who currently leads International law firm CMS’s leisure practice and is chairman of the leisure sector charity A Good Dinner, brings extensive hospitality and leisure experience to the board, having acted for many brands in the industry over a 25 year career.

He has also backed other groups including Daisy Green, Smith & Wollensky, Bubala and Slerp.

“I am delighted to welcome David to the company,” Incipio CEO Ed Devenport said. “As well as his exemplary sector credentials and his strategic and commercial insight, David brings a wealth of experience which will undoubtedly help support Incipio through its next ambitious chapter. I look forward to working with him.”

According to reports, the group intends to further strengthen its board composition in the future.

Best Bar None has announced a partnership with food, fire and health and safety service provider Shield Safety Group.

The partnership will see Best Bar None use Shield Safety’s risk management software to enable assessments to be completed digitally while Best Bar None members will be provided with free access to Shield Safety’s telephone advice line, which provides venues with professional support and guidance on food safety and health and safety matters, as well as Covid-19 controls.

“The licenced trade industry is currently facing a very difficult time and uncertain future,” Mark Flanagan, CEO at Shield Safety Group, said. “With Covid-19 restrictions still greatly impacting the sector, Shield Safety Group is delighted to be working in partnership with Best Bar None to support its members with our world-class software and services.

“Hygiene, food, and fire management are a crucial part of a hospitality business’ safety measures and getting access to free, industry-leading, expertise will help these members to give their staff and their customers another layer of reassurance and demonstrate that they take their safety seriously.”

“At Shield Safety we believe in making safety simple and the Best Bar None scheme encourages industry excellence. With the help of our software, member assessments will be carried out more efficiently, giving venues and assessors greater visibility of the premises’ safety level.

“Together we can make a lasting impact, speeding up the recovery of the hospitality industry, while ensuring high standards of licensing, safety, and Covid-19 compliance are maintained across Best Bar None members.”

Sylvia Oates, who oversees the management of the national Best Bar None scheme, added: “Partnering with Shield Safety Group will allow Best Bar None to capture information and report on scheme activity on a local and national level while cutting down assessment time and ensuring greater consistency of assessment and scoring.

“It will also allow us to provide venues with a full report of their assessment with a traffic light system, showing exactly how improvements can be made and providing easy, free access to support tools.

“By introducing our new partnership at this crucial moment in time, we will be able to support venues to ensure they can benefit from industry-leading expert advice and best practice as we come out of lockdown and move into 2021.” 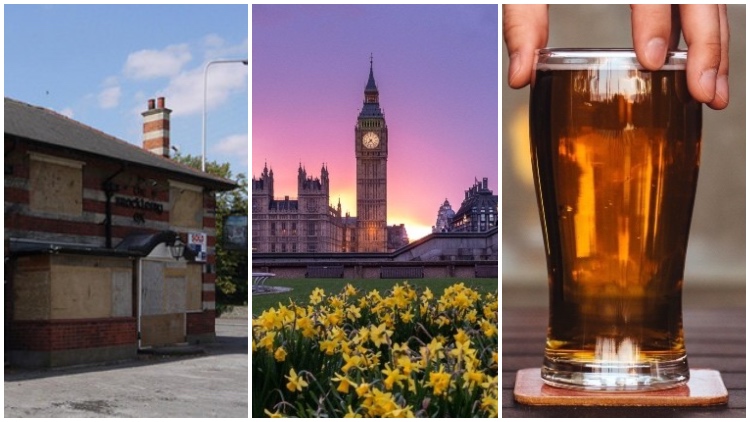 MPs to hear trade’s heartache from licensees about coronavirus restrictions