After becoming just one of thirty applicants to win a £50,000 grant from the Masonic Charitable Foundation, Only A Pavement Away (OAPA) has announced an initiative to create a Life Skills Hub providing skills and long-term support to people facing or experiencing homelessness in the capital.

The hub will be a centre to train those being rehoused and re-employed on how to live independently, while developing their employability skills and giving them the necessary tools to get back on their feet.

The Masonic Charitable Foundation’s financial backing will allow a central hub to be created to run five pilot three-week courses with participants earning a qualification allowing them to access NVQ level one and two certifications.

What’s more, each participant will be provided with an OAPA Life Skills Course certificate which can be provided to potential employers.

The platform will also host life skills sessions, with participants learning the practical benefits of cooking for oneself, training in the production of menus from OAPA’s employer partners, presentation of dishes by celebrity and professional chefs, CV writing, interviewing skills, the use of IT, budgeting, additional support that they might need and access to the OAPA Jobs Board.

“Not only are we looking to get vulnerable groups into employment, more importantly, the OAPA Life Skills Hub will allow participants to adopt crucial life skills such as budgeting and interview preparation, that they would otherwise not have the opportunity to develop,” Greg Mangham, founder of Only a Pavement Away, said.

“We want to give homeless people more than a way out of homelessness, but a way into long-term, progressive careers, ensuring they can regain stability without falling back into homelessness. It’s vital that we continue to remember that hospitality is the community”.

According to reports in The Evening Standard​, brewing giant Heineken revealed on 15 December it has appointed David Flochel the new managing director for its UK division.

Flochel, who most recently served as chief executive of European self-service retail giant Selecta Group for four years, has previously held senior positions at AB InBev, as well as Mars, Unilever, and L’Oreal.

He is slated to take over from interim managing director, Simon Amor, on 1 January.

“He is a proven leader with a deep and diverse experience in consumer goods. His authentic leadership style, customer-centric approach and passion for developing talent are a great fit with Heineken as we continue our journey as Britain’s leading pubs, cider and beer business.”

Flochel added: “It’s a great pleasure to be joining Heineken. Our portfolio of brands, our route to market strength, and our great people and culture are unique and very inspiring to me.

“I am looking forward to working closely with our teams, our suppliers, customers and partners. I am confident that together we will emerge even stronger.”

The hospitality industry has been the hardest hit by redundancies this year, latest official figures have found.

Data from the Office of National Statistics (ONS) showed that number of employees in the UK hospitality sector made redundant rose by 58,000 to 171,000 over the past year, totalling one third of all job losses across sectors.

The overall unemployment rate increased to 4.9% in the three months to October with ONS data showing there were 819,000 fewer jobs in November than in February – almost 300,000 of these were in the hospitality sector.

Laine Brew Co appoints first ‘One for All’ programme apprentice

Brighton-based Laine Brew Co, has announced the appointment of its first ‘One for All’ apprentice following launch of the campaign to encourage greater diversity within the brewing industry.

Lauren Carpenter joins the team after working in the hospitality sector for eight years.

In addition to her work for Laine, Carpenter’s year-long apprenticeship will include a number of collaborative brewing assignments with beer makers around the UK and a virtual collaborative beer with US brewer Megan Stone – who has brewed at leading producers including Modern Times in San Diego and Baltimore’s Duclaw.

​“In the US, I’ve learned you have to fight and be pushy to get your foot in the door,” Stone said. “No one necessarily gives you permission as a female, LGBTQ+, or as a person of colour.

“As a young, gay woman, I am made to feel like I need to constantly prove myself to be worthy of a place in the industry.

“Laine launching an apprenticeship program to literally invite people into the industry is a fantastic move in the right direction,” she continued. “More perspectives in the beer making process – which are all unique in their own way – will give us new tastes, inspirations and influences and that is not just a positive way to go, it is the right way to go.

“Everyone benefits from diversity, equality and inclusion – workers, colleagues, friends and drinkers alike. I hope this program that Laine and I have collaborated on will inspire many other breweries, companies, and people to move in the same direction. I wish Lauren the very best of luck in her new career. I can’t wait to watch her journey in beer.”

Laine CEO Gavin George added that the company had long recognised the predominance of white males in the brewing industry and believed that change must come from within.

“We launched the ‘One for All’ apprenticeship scheme to encourage people from all backgrounds to consider a career in brewing and we are thrilled that Lauren has decided to join our scheme,” he said. “We are sure she will have a hugely positive impact on our brewing team and will enjoy this change of career.”

The UK Government could appoint a minister for hospitality after a widespread campaign garnered near 150,000 signatures, meaning the sector’s demand must now be debated in Parliament.

Politicians have reportedly set a date and time for the debate of Monday 11 January 2021 at 4.30pm, following the success of the #SeatAtTheTable campaign, which was backed by high profile people in the sector including celebrity chef James Martin.

The petition people have signed simply states: “The UK hospitality industry. Responsible for around 3m jobs, generating £130bn in activity, resulting in £38bn in taxation. Yet, unlike the arts or sports, we do not have a dedicated minister.

BAME in Hospitality – a social enterprise championing racial equality and the creation of social initiatives to support people from underrepresented communities within the hospitality industry – is to be renamed to Be Inclusive Hospitality.

The name change follows a movement picking up pace amongst minority communities to discard the acronym BAME which refers to people from black, Asian and minority ethnic backgrounds, most commonly used by newspapers, businesses and in Government communications.

“It’s important to recognise the difference between labels, categories and identity,” founder Lorraine Copes explained. “Having engaged with many people from Asian and black communities through this journey, it’s important to note that they do not identify as BAME and often the acronym has been used to aggregate people who are non-white.

“Additionally, as a black woman, I have been especially troubled at the acronym weaponised, resulting in the erasure of black people and the specific inequalities that black people face,” Copes continued. “No bigger example this year is the Secretary of State Matt Hancock when tasked to name black members of cabinet, countered with the BAME members in cabinet.

“While we cannot control the world around us, where possible BIH will always drive social initiatives and projects that pay respect to the unique experiences faced by the diverse underrepresented ethnicities that we serve.”

The independent owner and operator of 27 pubs across southern England and the West Midlands, the Oakman Group, is seeking £4.5m to accelerate plans to double its estate by 2026.

While the Oakman Group has raised capital from an extended network of individual investors and word-of-mouth recommendations to fund its expansion over the past 13 years, its board now believes the time is right to open this up.

As such, from 11 December, the Group plans to offer its customers, regulars and communities the chance to own part of the business.

Manchester-based premium drinks firm, Ten Locks, has announced the appointment of Sinéad Lowe as agency brand development manager and Penelope McMylor as sales manager – the business’ first hires since its inception in August.

Lowe has more than 20 years’ experience in the drinks industry, most recently in marketing at Signature Brands, part of LWC Drinks, while McMylor joins Ten Locks after working as north west sales manger for Mangrove Global.

Discussing the new appointments, Ten Locks’ head of commercial Becky Davies said: “We work in an industry that has people at its heart – it’s what makes it so special – and so welcoming Penelope and Sinéad to the team is a real highlight for me. Not least because they bring bags of incredible experience and tonnes of energy, but also because – much like Ten Locks – they want to be a force for positive change in an industry capable of great things.

“Sinéad’s well-rounded and strategic approach to brand building – from sales and marketing to distribution and wholesale – makes her a powerful cornerstone of the team. Our portfolio is designed to unleash untapped trends and innovative products, inspire the trade and lead consumers to new drinks and flavours. With boundless enthusiasm – which is really quite contagious – and long-standing experience, she’s perfectly placed to amplify what we’re bringing to the UK drinks scene.

“With a similar background to my own, Penelope has years of on trade spirits and hospitality experience. Her drive, creativity and passion, along with a knack of seeing blind spots from both sides of the bar, means she joins Ten Locks with second-to-none relationships and ready to play a critical role in embedding Ten Locks in the industry.

“We launched Ten Locks in one of the most challenging years in history; the addition of Sinéad and Penelope can be considered a sign of our confidence in the UK drinks economy in the long term, despite the difficult times being endured right now by so many.” 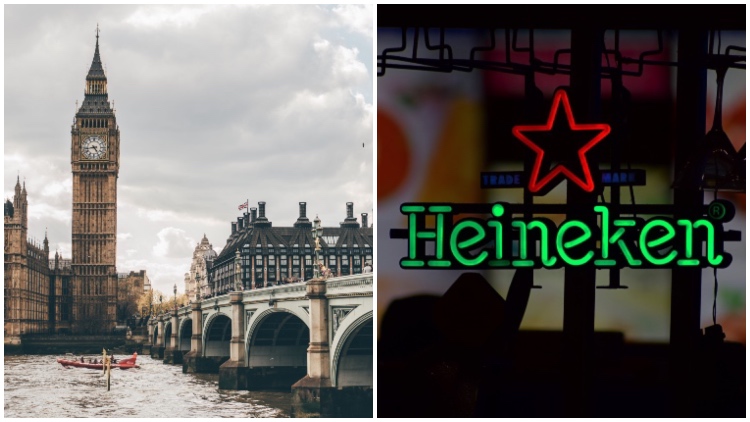 What you need to know about reopening after the third lockdown

3 in 5 pubs unlikely to reopen in April